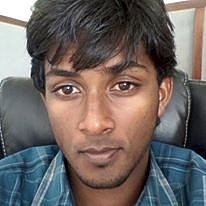 GEORGETOWN, Guyana–The body of missing 19-year-old Harris Anthony Persaud was found at Garden of Eden, East Bank Demerara (EBD). The teen’s father told INews that the discovery was made by relatives who had formed a search party since the young man went missing on Wednesday morning.
Meanwhile, two young men have found themselves in hot water after it was discovered that they were the last persons to have been in the company of Persaud. They are presently in police custody following the alleged admission that they, along with Harris, had gone to the back of the Marriott Hotel for “a swim” when a huge wave swept him up.
INews understands that the duo stated that they managed to escape the monstrous waters but Persaud did not surface, and as such, they panicked and picked up his clothing, dumping them along the East Coast Demerara (ECD) Railway Embankment.
Persaud’s mother said the two friends of her son were with her husband scouring different locations in an effort to find him and it was during a conversation with the boys that her husband realised that they “knew something about what happened.”
She stated that one of the two young men began screaming and admitted that they had gone to the seawalls behind the well-known hotel to swim when the incident took place.
“They said they all went to swim at back of the Marriott and a big wave pulled him in…the wave hit him and took him away…then they took his clothes and throw it on Railway Embankment…we found his phone at Buxton…his haversack/bag at Enmore…and his clothes at Cummings Lodge…but the only thing we can’t find is his Ipad…” she stated.
Persaud, a former student of Queen’s College and a second year student at UG, left his lot 21 Granny Field, Cane Grove, ECD home around 7:30am on Wednesday to attend classes at the University. That was the last time his parents and younger sister saw and heard from him.
INews was told that he worked part-time with the well-known construction company H. Nauth and Sons, and after finishing classes, Persaud told a friend of his that he would be “heading to work”. However, the young man telephoned the company later to notify his superior that he would be unable to work since he had an evening class to attend.
His parents never heard from him since. Investigations are continuing into the matter.