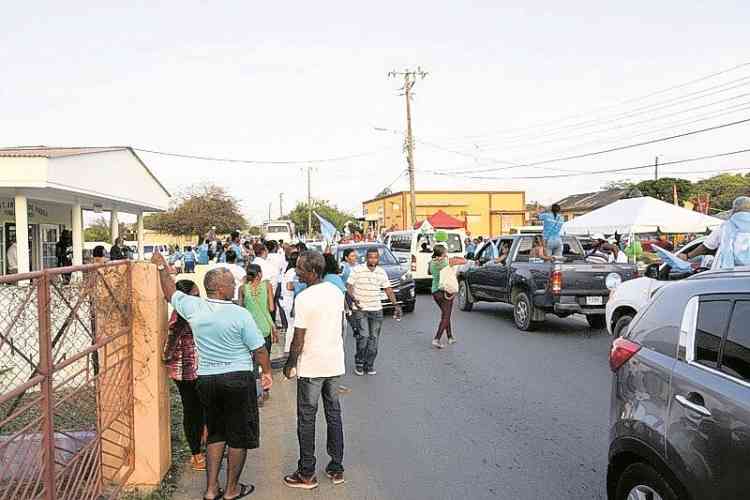 A spontaneous street party broke out in Rincon.

This means UPB with 20.3 per cent of the valid votes lost a seat to PDB (40.4 per cent) compared to the last poll in 2015, while PDB maintained its three (24.1 per cent). The result makes every coalition between two of these three parties possible.

The turnout was relatively low at 64.14 per cent, compared to 77.85 per cent four years earlier. “Nos Ke Boneiru Bèk” and others who oppose the island’s current status as part of the Caribbean Netherlands had called for a boycott.