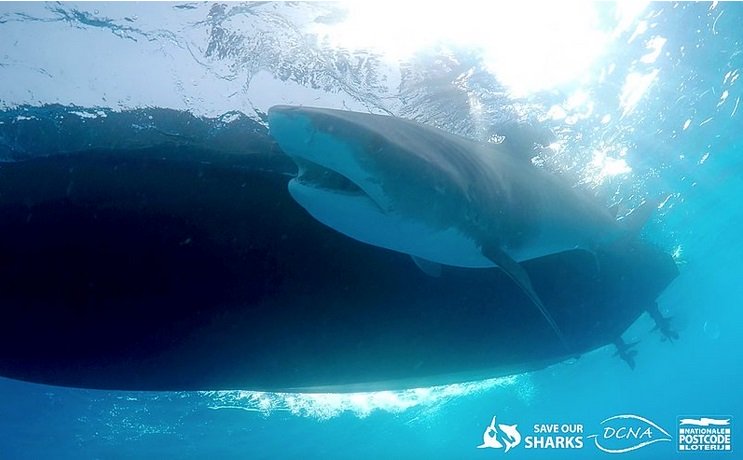 BONAIRE–From November 20 to 24th a group of international shark experts is gathering at Captain Don’s Habitat in Bonaire to discuss measures for the international protection of sharks.

Countries ranging from the Philippines to Saudi Arabia, from the United States to Australia and from Costa Rica to Chile have sent representatives to the island for an advisory meeting of the Memorandum of Understanding on the Conservation of Migratory Sharks (Sharks MOU) under the Convention on Migratory Species (CMS).
The gathering brings together both the Advisory Committee and the Conservation Working Group of the Sharks MOU, to discuss what shark or ray species need more protection internationally, how they can best be protected, how to cooperate with fisheries organisations, and how to build capacity for better shark protection. They will formImages and Linksulate recommendations for the Meeting of Signatories, which will take the final decisions.
The Netherlands is one of 41 signatories to the Sharks MOU; the Ministry of Agriculture, Nature and Food Quality LNV is hosting this workshop on Bonaire in order to help profile Bonaire as a shark-friendly island and “green destination” and also to promote the Sharks MOU in the Caribbean region, where there are still relatively few signatories.
Bonaire has been protecting sharks since 2008 because of their importance to its dive tourism, and in 2015 also joined Yarari Sanctuary for marine mammals and sharks, comprising the waters of Bonaire and Saba. The Tourism Corporation Bonaire (TCB) is supporting the meeting and is welcoming the participants at a cocktail party on Monday evening.
The Sharks MOU is the first global instrument for the conservation of migratory species of sharks. Sharks are under serious threat around the globe. At present, it is estimated that one-quarter of shark and ray species are threatened worldwide. The number of sharks being killed every year ranges between 63 and 273 million individuals.
The MOU is a legally non-binding international instrument within the framework of the Convention on Migratory Species (CMS). It aims to achieve and maintain a favourable conservation status for migratory sharks based on the best available scientific information and taking into account the socio-economic value of these species for the people in various countries. Currently, 29 species of sharks are listed in Annex I of the MOU.
The Netherlands has taken an active role in the Sharks MOU, and with the Caribbean Netherlands is a range state for numerous migratory shark species. Sharks are an important attractor for dive tourism. Dive tourism is the economic mainstay for Bonaire, which is why the island decided to protect all sharks almost ten years ago already.
More recently, both Bonaire and Saba requested the Netherlands to establish a sanctuary for both sharks and marine mammals in the waters of the islands as well as in the waters of the adjoining Exclusive Economic Zone. As a result, Yarari Sanctuary was established in 2015, which will help to improve protection of in particular migratory sharks.