Home Local News Border Protection and Mobile Unit back under the umbrella of IBPS... 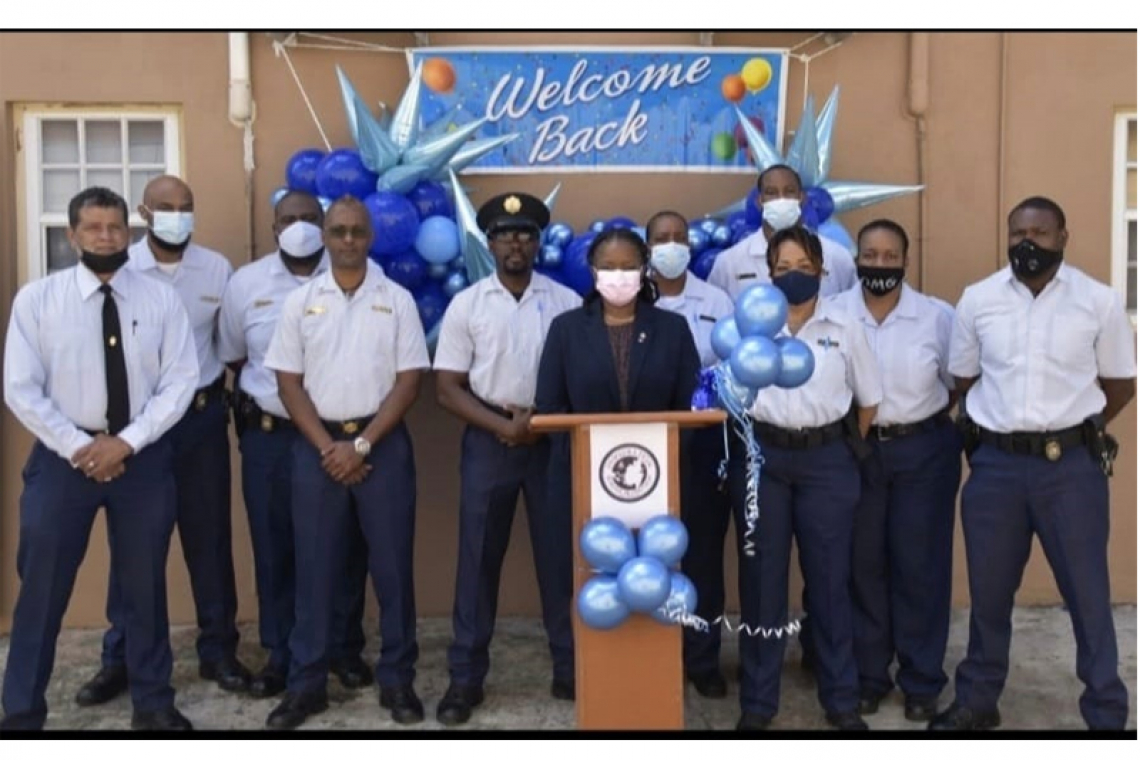 Justice Minister Anna Richardson delivered a speech during Monday’s “welcome home ceremony” characterising the move as an “historic one for the Ministry of Justice”. She also said the last few years had been challenging for the department.

Richardson announced the move in December 2020 and has insisted that it is to correct inconsistencies with the National Ordinance on government’s structure, also known as the LIOL.

The Border Protection and Mobile Unit – which has been described as IBPS’ investigative arm – has been under the auspices of the St. Maarten Police Force KPSM since August 2016, when then-Justice Minister Edson Kirindongo signed a ministerial decree to that effect.

This took place two months after the suspension of then-Immigration Chief Udo Aron, who had been arrested on human-smuggling charges. The investigation that began around that time ultimately led to the convictions of three other IBPS officers for human smuggling and bribery.

A National Decree in March 2017 formalised the change and established the Police Chief as the unit’s overseeing authority.

“Getting the three [IBPS – Ed.] divisions under one umbrella will ensure St. Maarten’s border security is up to standards, just like other countries’ borders are being secured. St. Maarten cannot be any different and therefore must improve the Immigration and Border Protection Services to ensure for a stable and sustainable future,” said Richardson.

The move has not come without challenges, notably with police union NAPB St. Maarten president Rogerrel Mauricia saying last week that the union and Immigration workers still had many unanswered questions about the change.

Richardson assured Immigration officers in her speech on Monday that “all unresolved issues are being addressed and will be resolved.”

When The Daily Herald asked Richardson in January about the pros and cons of the transfer, she said she did not foresee any problems.

“The operational and investigative capacities of Immigration will not be negatively impacted. The officers will be able to carry out their duties to the full extent of the law, which is considered the pros and strengths. … In terms of cons and weaknesses, we do not foresee any,” she said.

Richardson also said she had not sought advice from the Law Enforcement Council, the Advisory Council, or the Progress Committee before the process started.

“No advice was sought from these bodies. When the decision was made in 2016, the procedure did not go through the necessary legal channels to be advised upon. As Minister of Justice, I have a responsibility to ensure that the operations and the Ministry of Justice departments are operating according to the law. Once it was established that having the Border Protection and Mobile Control unit of Immigration under KPSM was in conflict with the law, the decision was made, as I intend to follow the law as prescribed,” she said.

Police and Immigration were under one department in the former Netherlands Antilles, but were separated when St. Maarten became an autonomous country in 2010.