Home Headlines & Top Stories Border will be closed if US flights allowed to come in, warns... 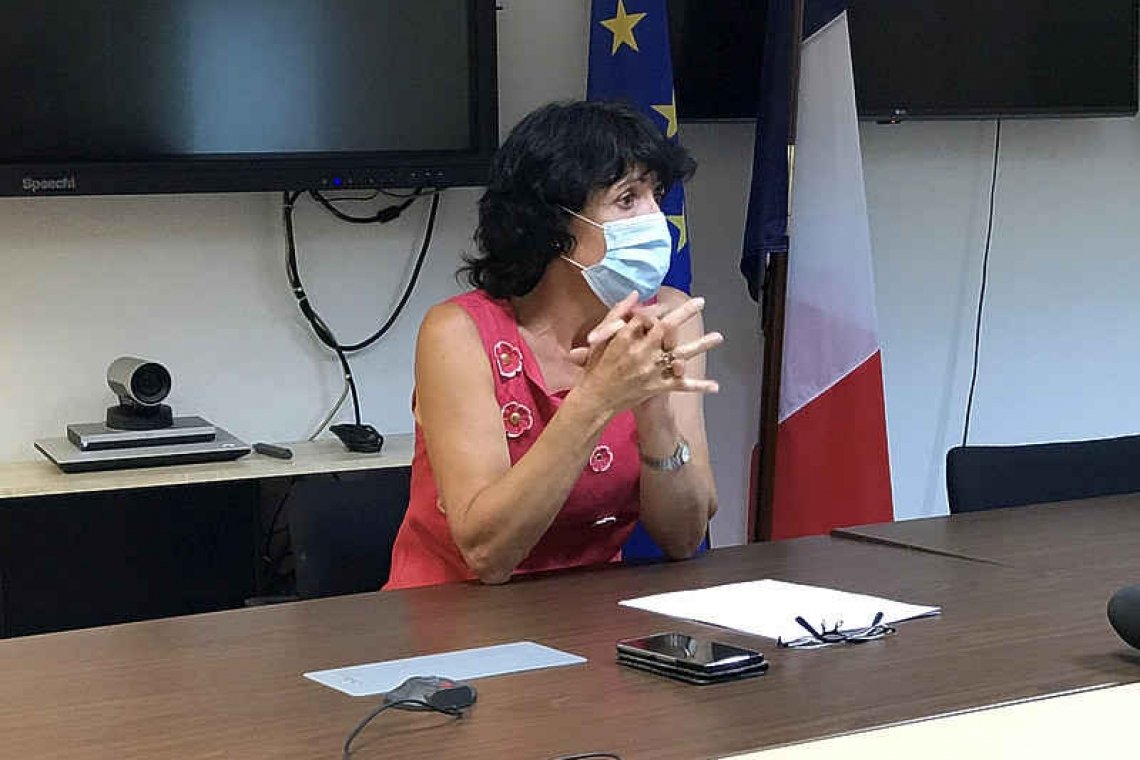 MARIGOT—Préfète Déléguée Sylvie Feucher stated on Monday she will close the French-Dutch border if the Dutch-side government proceeds with its plan to re-open Princess Juliana Airport to incoming US flights on August 1.

“The Dutch-side does not carry out a second PCR test after seven days and I think that’s very dangerous for the island,” she said, adding she had notified Prime Minister Silveria Jacobs of her intentions. “We don’t have the capacity to manage a mass epidemic if it occurs and are not in a position to cope with a large influx of patients.

“These are difficult decisions to make. I understand the need to open up the island for the sake of the economy but the population must be protected as well.”

Talking at a press conference on the sudden surge in COVID-19 cases on the Dutch side she said she had discussed the situation with Prime Minister Jacobs while Collectivité representatives had also met with the Dutch-side government and the Préfecture on Monday.

“I said to the Prime Minister we will not go into a lockdown for now on the French side but we will monitor their situation to see how it evolves and how well it is managed to bring this outbreak back under control, and she (Jacobs) is committed to doing that,” she told reporters.

Feucher disclosed one more COVID-19 case was declared Monday on the French side, bringing active cases to four. The affected person, in isolation at home, was in contact with a positive case on the Dutch side. The one new case in St. Barths relates to someone who returned from French Guiana after visiting his daughter.

Some persons from Guadeloupe who had been on vacation in St. Maarten and who were at a night club on the Dutch side, found they were also positive for the virus when they returned home.

The Préfète said bars and restaurants on the French side must close at midnight. She reminded that gatherings of more than 10 people need prior authorisation from the Préfecture. Establishments that do not respect the rules will be closed down. She noted that one popular outdoor venue on the French side that held a party recently may be fined or have its bar or restaurant closed.

The wearing of masks in public places on the French side is mandatory and subject to a fine of 135 euros if caught not wearing one.