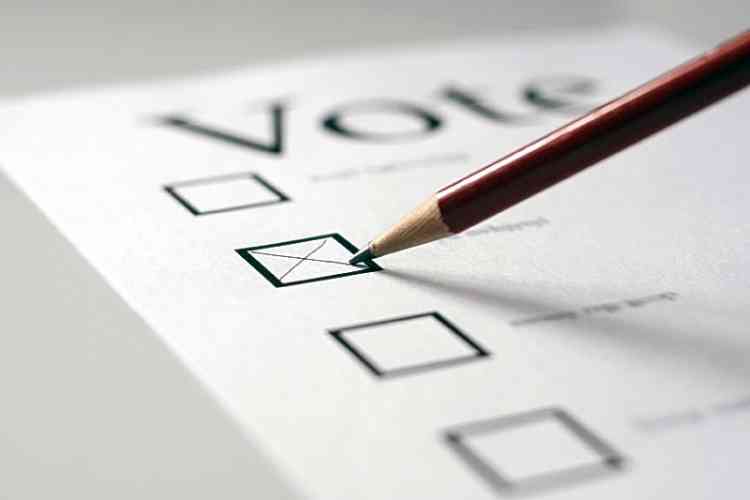 PHILIPSBURG–There is always constant talk about the people who were “born here” in St. Maarten and those whose “navel strings” are elsewhere. A look at the birthplaces of people eligible to vote in the February 26 snap elections reveals that 35.6 per or 8,049 of the 22,559 eligible voters were born in St. Maarten.

The remaining voters were born around the world, giving the country its unique makeup of people. A total of 1,632 were born in Aruba, 42 in Bonaire, 1,999 in Curaçao, 115 in Saba and 140 in St. Eustatius. Of the Aruba total, 27 were born after that island gained the status of country-within-the-Dutch-Kingdom in 1986. Voters born in the Netherlands number 1,142, a decrease of 49 from the 2016 snap election.

Nine voters were born in the Dutch East Indies (pre-independence Indonesia). That number was 11 in the last election. A lone voter was born in Dutch New Guinea (now New Guinea).
Voters from Suriname stand at 512, an increase of half a dozen since 2016.

The French
People born in the French Republic remain the highest number of voters who were born outside of the Dutch Kingdom. Their number stands at 1,720, up from 1,677 two years ago and they are listed as born in Guadeloupe, a constitutional grouping that includes people born on the French side of St. Maarten/St. Martin in the days it was still part of the Department of Guadeloupe. Nineteen voters were born in France, one less than the last election. Eight drew their first breath in Martinique and one each in French Guiana and French Cameroons (now part of Cameroon).

Worldwide
Ten voters are registered in the Civil Registry as born in Argentina, an increase of one voter since 2016, nine in Germany (was eight), nine in Belgium (was six), eight in Mexico (was nine), seven in Italy, six in Spain, five in Peru (was six), five each for Australia, Morocco, Vietnam, and the Soviet Union (was four). Four voters each come from Indonesia, Iran, Japan, Liberia, Sweden (was three), Singapore (was one) and Turkey (was one).
Three voters each were born in Chile, Ireland, Portugal, Sri Lanka, Syria, Thailand and Tunisia. Ceylon (pre-independence Sri Lanka), Ecuador and Ghana have three voters each, two more than the last election. Two voters were born in West Germany, half the number of 2016.

Two were also born in Cuba and Honduras, one less for each than in the last election.
The Bahamas, Brazil British, the West Indies Federation, British Virgin Islands, Denmark, Guatemala, Nicaragua, Palestine, Sierra Leona, Yugoslavia, and Uruguay have two voters each, up from one each. St. Kitts-Nevis-Anguilla, Saudi Arabia, and Czechoslovakia were the birthplaces of one voter each.

One voter each drew first breath in Afghanistan, Belgian Congo (now Democratic Republic of the Congo), Belize, Bolivia, Egypt, Finland, Iraq, Cambodia, Kenya, Malacca (now part of Malaysia), Malaysia, New Zealand, Norway, Panama, Poland, Romania, Somalia, Tanganyika (now part of United Republic of Tanzania), Tanzania, Czech Republic, Zambia, Southern Rhodesia and Rhodesia (both now parts of Zimbabwe), and Switzerland.
The voters registry saw the addition of one voter each born in Libya and Moldovia and the loss of one from Costa Rica. As in previous election years, one woman is listed as birthplace unknown – “Onbekend.”

Women
Women are still the majority of voters with 11,678 eligible to cast a ballot by virtue of being Dutch citizens duly registered in St. Maarten. Men account for 10,881 voters.
In spite of their majority, women are under-represented on the ballot.
Only two of the six parties in the race are headed by women – former Minister Silveria Jacobs of the National Alliance (NA) and former Parliament Chairwoman Gracita Arrindell of the People’s Progressive Alliance (PPA). St. Maarten Development Movement (SDM) is an all-male party.

Of the 93 candidates vying for the 15 seats in Parliament, 25 are women. Eight women are on the United Democrats list, five on the United St. Maarten Party list and four each on the NA, PPA and St. Maarten Christian Party (SMCP) lists.
Thirty-five women were scattered over the nine slates in the 2016 election. Three of them were elected to Parliament – Jacobs, Sarah Wescot-Williams (Democratic Party) and Tamara Leonard (United People’s party). All three are candidates in the election.
Jacobs’ spot was filled by a male MP when she became a Minister.

Right to vote
Only people with Dutch nationality who are duly inscribed in the voters registry have to right to vote.
Dutch nationality is acquired via the principle of Jus sanguinis – “right of blood” – from a Dutch parent, naturalisation and option (for people born to non-Dutch parents and raised legally in the kingdom).
The total voter count stands at 22,559, up from 22,302 when the last snap election was held on September 26, 2016. The count is an increase of 257 voters in two years. The count has grown steadily over the years. In 2014, the voter number stood at 21,433.
The voters will decide who the 15 parliamentarians will be on behalf of the some 60,000 people who reside in the country. The majority of residents of the 16-square-mile country do not have the right to vote because they do not hold Dutch nationality.
The upcoming election is the country’s third in four years.