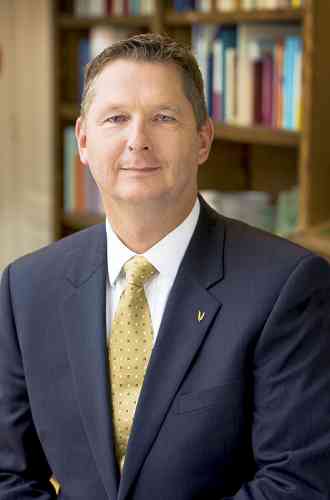 THE HAGUE–Member of the Second Chamber of the Dutch Parliament André Bosman of the liberal democratic VVD party has prepared an initiative law proposal to amend the Charter which gives Curaçao and St. Maarten the option secede from the Kingdom and become independent.

The initiative law proposal also includes a change to the Charter to amend the Dutch Constitution in case the Dutch public entities Bonaire, St. Eustatius and Saba no longer want to be part of the Netherlands.

In the Explanatory Note, the initiative taker Bosman clarified that the Charter currently only has an arrangement for Aruba which can independently declare per national ordinance that it wants to get out of the Kingdom. This arrangement was the result of Aruba’s separate status per January 1, 1986. Aruba wanted to maintain the possibility to secede, but the then-Netherlands Antilles did not wish to have this option.

Bosman stated about the Aruba provision: “This warps the relations within the Kingdom. The initiative taker wishes to straighten the relations by arranging in the Charter that not only Aruba, but also Curaçao and St. Maarten can declare that they want to end being part of the Charter.”

“From the perspective of decolonisation it remains an inalienable right of former colonies to express themselves about the future. Therefore, these islands should have the possibility to make their own decision regarding their future, just like Aruba, Curaçao and St. Maarten.”

The idea is to bring back Bonaire, St. Eustatius and Saba in the Charter, because otherwise getting out of the Kingdom “would become just as impossible as an independent Texel,” stated the initiative taker, referring to the largest Frisian island. Changing the Dutch Constitution is a process that has to be initiated by the Dutch government.

A referendum will no longer be needed in case Aruba, Curaçao and St. Maarten decide to get out of the Kingdom. It should not be made too hard for the three countries to secede, without the requirement of a referendum or the need to have the approval of two-thirds of the national parliaments. A regular majority will suffice. The island governments may still opt to hold a referendum to determine the wish of the people.

Changing the Charter and the Dutch Constitution is a lengthy process that will take several years. Aruba, Curaçao and St. Maarten will have to arrive at an agreement with the other countries in the Kingdom.

Bosman has repeatedly said that the current the Kingdom is a burdensome, unequal structure, and that the Charter should be adapted. Together with his colleague Ronald van Raak of the Socialist Party (SP), he presented a proposal a few years ago to introduce a commonwealth structure in the Kingdom with more autonomy for the countries.