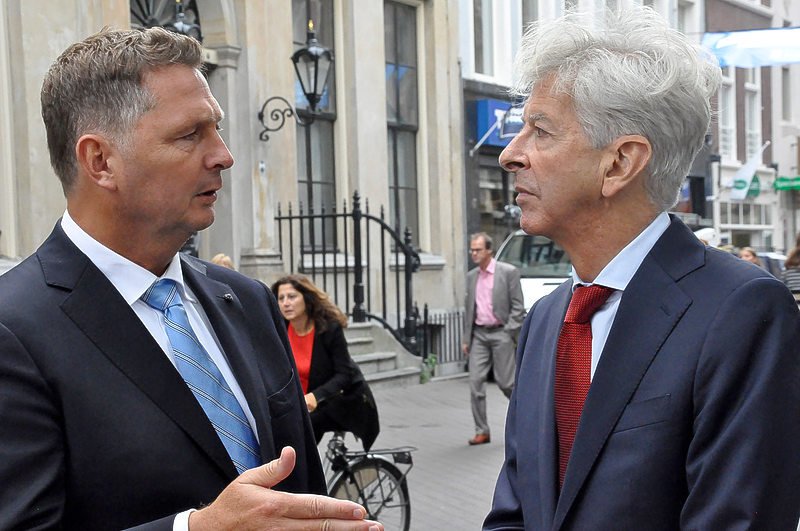 THE HAGUE–The urgent situation at the Point Blanche Prison in St. Maarten has prompted Member of the Second Chamber of the Dutch Parliament André Bosman of the liberal democratic VVD party to submit written questions on Friday.

Bosman wants clarity from Dutch Minister of Home Affairs and Kingdom Relations Ronald Plasterk about the unsafe situation at the house of detention, the severe lack of prison personnel and the shortage of cells for detainees.

The Member of Parliament (MP) asked who is responsible for the situation at the prison and whether the unsafe, urgent situation can have repercussions for the Kingdom Government which carries the ultimate responsibility for legal security and human rights in the Dutch Caribbean countries.

Bosman referred to the Plan of Approach for the St. Maarten prison, an arrangement that was put in place almost six years ago when St. Maarten attained the status of a country within the Kingdom and which was aimed at improving the penitentiary facility. The MP wanted to know to what extent the current situation at the prison corresponded with the most recent Plan of Approach.

Bosman commemorated that early this year, the Kingdom Government planned on ceasing to once more prolong the Plans of Approach for the St. Maarten prison, as well as that of the St. Maarten Police Force, because the further execution of these plans was not favourable. The situation at the penitentiary facility only reinforced the MP’s standpoint that the Plans of Approach could not be abandoned as long as the prison did not comply with all requirements.

“Honestly, I am angry. We were told that things were in order. They were even preparing to let go of the Plan of Approach. But it is clear that things are far from being in order. The VVD is very concerned about the justice system in St. Maarten,” Bosman told The Daily Herald.

The MP said it was “out of the question” for the VVD that the Plans of Approach for the St. Maarten prison would be dropped. “St. Maarten authorities cannot get away with this mess. It is a responsibility of the country, they have to fix it. Having a proper justice system comes with the package of being responsible for your own affairs.”

Asked if he was in favour of calling in the assistance of prison personnel and experts from the Netherlands to help at the prison, Bosman said that this was certainly an option if St. Maarten asked for such. But, he added, all preconditions have to be met, the safety of this additional personnel, their working conditions, the legal aspects, the chain of command.

During a debate with Minister Plasterk in February this year, Bosman also brought up the Plans of Approach for the Point Blanche Prison and the St. Maarten Police Force. He pointed out that there was a delay and even stagnation in the execution of these plans.

According to the MP, it should be a priority of the St. Maarten Government to get the prison and police force in order. He said during that debate that the agreement was clear and that the VVD would hold Minister Plasterk to this agreement. “I expect that the Minister will also make sure that St. Maarten sticks to the agreement.”

During that same debate in February, the Minister provided an explanation highlighting the reasons for not prolonging the Plans of Approach for the third time. He clarified that the Progress Committee which monitored the Plans of Approach had arrived at the conclusion that the instrument in question no longer functioned and that it made little sense to extend the plans by another two years.

“The Progress Committee concluded: We can keep hammering on St. Maarten that they have to do better, but we don’t expect that this will have an optimal effect,” stated Plasterk. He noted that this was why other ways were being pondered how to go about improving the situation at the prison and the police force.

The May 2015 protocol for additional assistance from the Netherlands to strengthen the law enforcement and the related finances, some 22 million euros, plays an important role in this improvement process.

The Minister promised the Second Chamber that, together with the St. Maarten Government, he would work on a more suitable alternative that would replace the Plans of Approach for the prison and police force.