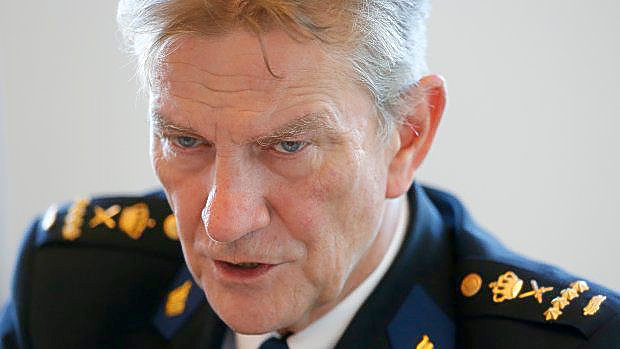 THE HAGUE–The Caribbean Netherlands Police Force KPCN has an integrity problem, according to former Dutch National Police Chief Gerard Bouman, who himself is the subject of an investigation into the wasting of funds by the Dutch Police’s Central Employees Council.

Police officers in Bonaire, St. Eustatius and Saba reportedly drive in police cars in their private time. Officers were said to claim and get paid unjust overtime, while they also engage in private activities during working hours. Also, the KPCN has too many managers and too little personnel.

Bouman, who is advisor to the Dutch Police Force, stated this in a report about the KPCN that he drew up on the request of Dutch Minister of Security and Justice Ard van der Steur. Bouman paid a working visit to the islands twice this year and spoke with at least 40 KPCN members of all ranks, as well as several social organisations.

The Dutch newspaper Trouw cited from the report and Bouman’s accompanying memo in its Saturday edition. The newspaper has a copy of the report and the memo which Van der Steur will send to the Second Chamber of the Dutch Parliament this month.

According to Bouman, the integrity problems have been affecting the islands’ Police Force for many years and have become common practice. The former police chief noted that a reassessment of the norms and values is needed at the KPCN. There should be a clear instruction that private use of police cars was not allowed and the rules for overtime should become more strict.

“The KPCN should become a Police Force where people work with pride, where people address each other’s functioning and where employees act with integrity,” Trouw cited from Bouman’s advice.

The islands’ Police Force has not functioned optimally since its inception in 2010 when Bonaire, St. Eustatius and Saba became public entities of the Netherlands. The KPCN, which has a budget of 19.5 million US Dollars, has an occupancy that is too small to carry out all tasks.

Bouman stated that the formation of 151.5 full-time employment positions was too small. This resulted in discontent among police personnel. Bouman recommended a smaller management, which in his opinion was too heavy with a police chief and four managers.

There was also much room for improvement where it concerned KPCN’s support systems. Bouman mentioned the purchase of police equipment such as vehicles and means of communication. In Saba, for example, police officers had trouble reaching each other by phone in certain areas of the island.

Member of the Second Chamber Ronald van Raak of the Socialist Party (SP) voiced criticism on Saturday and called for a new investigation, to be carried out by someone else than Bouman, “someone who does have credibility.”

Van Raak called it “incomprehensible” that a man like Bouman had carried out this audit, criticising the islands, while he himself was the subject of an investigation of “possible involvement in corruption” in connection with improper spending by the Central Employees Council of the National Police.

Bouman didn’t stay long in the Caribbean Netherlands to perform his advisory work. Minister Van der Steur confirmed in a debate with the Second Chamber in April this