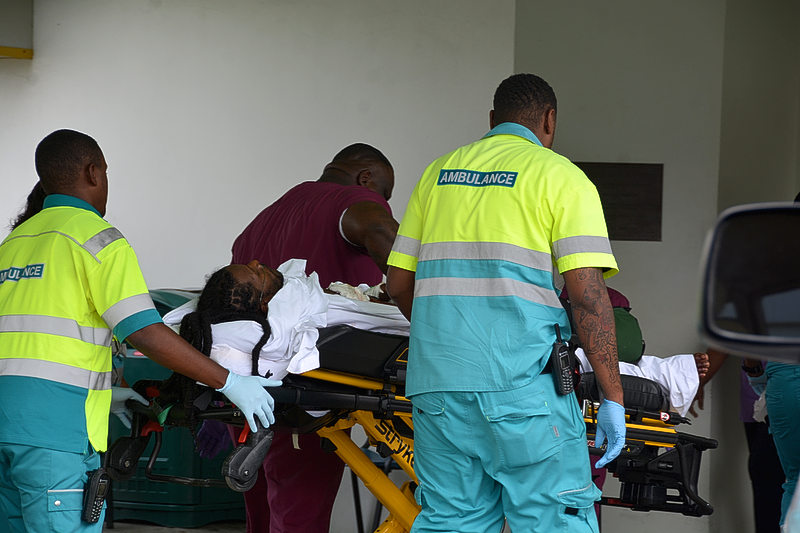 The man was shot by an unknown man who had a heated argument with the victim earlier, according to neighbours. Police reported that the suspect fled the scene shortly after shooting the victim.

The victim was rushed to the St. Maarten Medical Center (SMMC) shortly after and was treated by doctors in the Emergency Room. Police cornered off the home on Philipsburg Drive and started their investigation.

Police spokesman Chief Inspector Ricardo Henson encourages any witnesses to come out and speak to detectives about what took place.