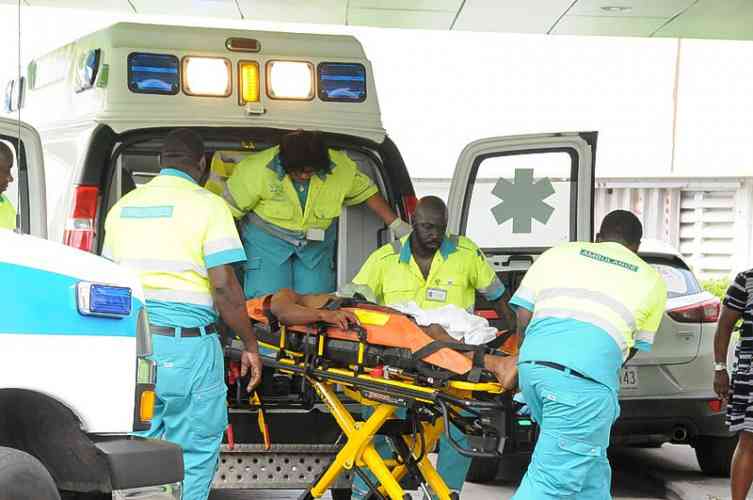 The victim was involved in a brawl with another man at 1:20pm Tuesday. The reason behind the fight remains unknown as Police detectives interview witnesses close to the home where the stabbing took place.

The victim remains in critical condition and was not conscious when ambulance personnel transferred him to the St. Maarten Medical Center’s Emergency Room for care. Police spokesman Chief Inspector Ricardo Henson told The Daily Herald that the suspect believed to have done the stabbing is in custody. “At this time, Police are still gathering information about the incident and will release any additional information at a later stage of the investigation,” said Henson Tuesday afternoon.

This newspaper understands that the incident had to do with a parking spot. The two men started arguing on Monday evening.

Police Forensic investigators were at the scene and collected several items that can help with the investigation. The stabbing took place on Madrid Drive in Dutch Quarter.