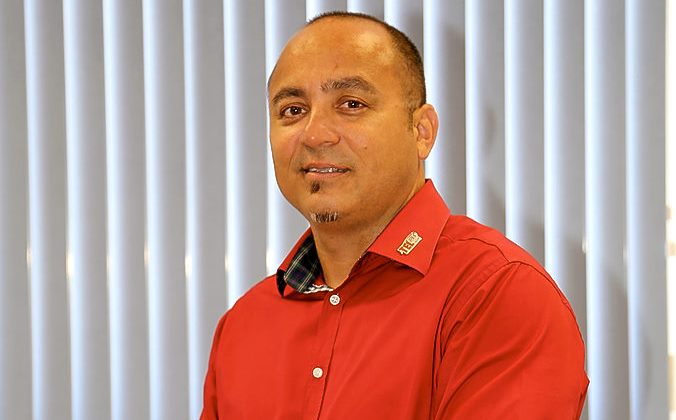 PHILIPSBURG–TelEm’s present Chief Commercial Officer (CCO) Brian Mingo decided to break his silence and speak with The Daily Herald about the process of selection of the company’s Chief Executive Officer (CEO) position. Mingo applied for the top spot and was overlooked by the present Government. Businessman and TelEm board member Kendall Dupersoy was selected by the shareholder representative recently.

The Corporate Governance Council (CGC) has yet to give its final decision on Government’s pick. The Council has requested the relevant score cards of both Mingo and Dupersoy before giving its final advice.

Mingo stated, “Whatever decision is made I will respect it and embrace it, as long as we keep in mind what is best for TelEm’s employees, its customers and eventually the people of St. Maarten. Putting an unqualified person as the CEO of TelEm is unwise. TelEm has to reshape its services today to become future-proof. Failing to do so will expose the future of its most valuable asset, the 150 employees, their job security and all its loyal customers.”

Applying for the spot
TelEm is a small local operator that has its challenges keeping up with the changing technology and quality of service. The main reason for this is the uncertainty of decision-makers. The CEO’s job is to convince the boards to make certain timely investments to meet the market demand. If this is not done in time, the company will have poor qualities that it faces today.

TelEm is also at a crossroads where the technology has to be changed from voice-based services to data. The money to make these changes is not the problem; the eventual getting the new services to market is the biggest challenge. The new CEO’s main task will be to get these services to market as soon as possible, to serve the market’s needs. The company will be losing money if the transformation has not taken place within the next year.

Mingo said he had fulfilled an executive role within TelEm for 20 years and gained immense experience and knowhow. He worked closely with many coaches and consultants learning all the necessary operational and leadership skills within the telecom industry, both locally and internationally, and for that reason he was selected as a finalist in the recruitment process.
History
“The step from Europe back to St. Maarten was not an easy one and for sure not a kind one. Most young professionals that want to come back are confronted with similar challenges,” said Mingo. He returned in 1996 right after Hurricane Luis when he was hired after the intervention of the late Vance James.

He started as a project manager within TelEm with the task to deploy new networks such as the data and mobile networks. He started up the mobile branch TelCell with a team of young local professionals.

Mingo added that young professionals who return to St. Maarten mostly need the intervention of their family members or acquaintances because St. Maarten has not yet developed a structural recruitment process to attract the much-needed young local talents to the island.

“It’s also the reason why three of the four large Government-owned companies today have no CEO: we just cannot find suitable local candidates. It’s a paradox, where we want locals to head these Government-owned companies, yet there is no active career-coach path to create local talents into senior executives,” Mingo stated. He believes executive ability is not something for which someone studies; rather it is something persons have and cultivate.

“It’s a pity, because St. Maarten Government-owned companies attract many consultants who come and go and that’s good for many reasons, but let’s put these consultants next to the local talents, teaching executive functioning, critical thinking and leadership skills to ultimately become the new breed of senior executives,” he said.

The CEOs of the four Government companies should initiate such development training for potential talents. Mingo said, “It’s simple: identify the talents, train and cultivate them. The idea is to develop within 10-20 years a group of effective local executive leaders to manage Government-owned companies through times of complex change.”

Mingo is responsible for all TelEm commercial activities. He attended St. Joseph School on Front Street, Sister Regina School in Simpson Bay and Milton Peters College, after which he left for Europe to complete his academic degrees.

CEO selection process
There are some delays in the process leading to the selection of a final candidate for the CEO position for TelEm. Mingo said the selection process should have been concluded six years ago. Even though it is possible to run a company with a management team, the team still needs a prime person who oversees the company’s important factors. The statutes of the company also indicate that it is to be managed by a CEO, he added.

Among the delays there is the matter that the profile made for the CEO position and the proposed candidate has to be reviewed. The profile, which describes what qualities are required for becoming a candidate, is a condition set. Some qualification points were: University or HBO+ degrees, at least 10 years’ experience in a similar management function on strategic level, 10 years’ experience in the telecom sector and eight other points, such as proven track record, dealing with staff and more.

Getting the job done
From Mingo’s perspective he mentioned: “Let customers drive your business strategy.”
The customers’ needs are always changing, so companies need to listen and adapt continuously. TelEm’s customers want to be able to be online and/or call without interruptions for fair prices and with excellent quality. This means for mobile, get the quality and desired Internet speeds. Many customers use apps like WhatsApp, Snapchat, Pokemon and others which are media rich, demanding a fast and reliable mobile network. Look at what the children are doing, he said, they are the future.

“For Internet, make it affordable and allow mass rollout of this needed service and make that speed work. Let’s install fibre to all the houses now. In the case of new business, improve the service level agreements, give more value for money and become more service oriented.

“In service support we should upgrade the support and make it a smooth operation, keeping our customers happy. I would focus on these points, making TelEm number one, and see where we go from here,” Mingo said.

He said the placing of a new CEO always had political influence, for the simple reason that it is a Government-owned company and the owner’s representative is the Prime Minister and he has to choose out of a selection put forward by the outcome of the recruitment process.

Normally a recruitment agent is used during such a selection process. This is a company that specialises in recruiting professionals. In TelEm’s process, the supervisory board took the initiative with the assistance of an executive. This resulted in the two finalists.
Source: Daily Herald
Brian Mingo speaks out on TelEm CEO position