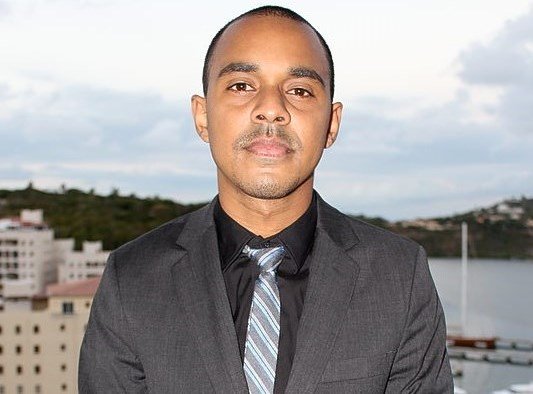 Brison was the selected Director for the St. Maarten Tourism Authority (STA).To be considered for his new position, Brison had to resign his legal claim as Director of STA.

He has been appointed for a one-year period after which his body of work will be evaluated. Brison (32) holds a degree in Tourism and Recreation Management.

“Although the finalization of the STA is a central part of the tourism governing programme, and the intention is to use the STA as the marketing and product developing authority for St. Maarten, the final realization of the STA will take some time as a board still has to be appointed by the incoming Minister,” the cabinet of the Minister of Tourism announced in a press release on Monday afternoon.

“Brison recently formed part of the St. Maarten Team that attended the Routes Americas Conference and contributed to the discussions that included Southwest Airlines and others. He was also the first person on St. Maarten to draft a Tourism Budget Analysis Report, presented publicly and to government departments and Parliament,” it was noted in the press release.

In an interview with The Daily Herald on Monday, Brison said that he looks forward to the task at hand. He was asked if it’s this position that he wanted, Brison said, “Yes, it’s what I wanted. I always wanted to be in a position to lead the marketing of our destination and support the development of our product. If tourism is the blood of the country, the St. Maarten Bureau is the heart that keeps the blood pumping.”

Brison was also asked about the allegations published in the media after his nomination for Director of STA, that he misappropriated a substantial amount of money from local airline Winair. He replied, “I put all of that behind me and I am here to work in the best interest of the country. I know that there is [nothing – Ed.] that exists that can stop me from what I need to do.”

“I met the staff on Monday afternoon and it was a very positive reception. I already know that there is a lot of untapped potential that I look to seeing bloom in time. There will be a transition period in which I would have to get up to speed on pressing issues facing the office right now,” Brison added.

“I will also meet individually with all the staff in an effort to simply get to know them better and understand their roles in the department and begin to find a way to optimize their working situation.

I will be having regular meetings with the Minister’s Cabinet and the Minister to keep them abreast of my initial findings of the assessment I will be doing of the St. Maarten Tourism office. It is difficult to present concrete plans without first assessing what exact tools we have available to us,” stated the new Director.

The 32-year old believes that there are some subtle changes that can be made on short notice that can have great effects for the island. For example, “I am a certified crew resource management and a tourism and recreational instructor, which means I can provide training to the staff at no additional cost. This can be done as soon as possible,” Brison says.

He plans to also meet with various local stakeholders in the industry. In these discussions, he expects to assess where the stakeholders see the St. Maarten product at this very moment, where they believe the product should be and how they believe is the effective way to get there.

While all these stakeholders may have different views on these subjects, Brison says that his job as Director is to find an effective, unified approach that with the approval of the Ministry can bring the island’s tourism where it needs to be.

“Another important body which I would like to meet are our brothers and sisters of the l’Office de Tourisme. There are many shared marketing opportunities that can benefit both sides of the island and when we consider that the two major ports of entry are on Dutch St. Maarten, a healthy French side tourism directly benefits Dutch St. Maarten,” according to Brison.

“I think local tourism awareness as well as more involvement of our local professionals in the marketing and development of our product is a key factor in improving our tourism product. In terms of international entities with whom the Ministry may choose to work with, we must develop ways in assessing these firms in their ability to produce tangible results,” said Brison.

Brison explained that he was introduced to the tourism industry through educational collaborations with the tourism board that no longer exist today. He finds it very important to bring back these youth tourism awareness efforts, and aims to start this by immediately seeking a debate team to represent St. Maarten at the CTO Youth Congress, a debate he won many years ago.

He hopes to have opportunities to visit schools and students, and initiate an internship programme at the office. This of course will be done in close consultation with the Ministry and the Minister. “I would like to thank the community for the overwhelming support I have received since my appointment and I look forward to representing my country and making St. Maarten tourism great again,” Brison mentioned.

According to the Ministry’s press release, Brison’s tasks will include:

To provide management, leadership and training to the office, while ensuring that the day to day tasks are completed by all staff; all of this in line with the wishes of the Ministry and Minister and in accordance with all rules and regulations of Government;

To assist the Ministry in aspects related to the St. Maarten Tourism Authority STA, including, but not limited to: Writing the Business Plan, assisting with the Service Level Agreement, Reviewing proposals for the STA, market research;

To assist the Minister with any other matters related to the tourism marketing and product of St. Maarten when requested by the Minister. Additionally, Brison will abide by all personnel policies and regulations of Government, including those of performance management and evaluation.

Unlike exorbitant contracts of the past, Brison is being compensated based on the established salary for the function of Department Head of the St. Maarten Tourism Bureau. “Tourism is the pillar of the island’s economy. In executing its tasks the STB has been unable to effectively spend its entire marketing and product development budgets for several consecutive years.

“The tourism statistics for the last year have shown a decline across the board in stay-over tourism as well as cruise tourism. Needless to say, that this is not the route to follow, seeing tourism is the pillar of our economy,” a release from the Cabinet stated on Monday.