Home Headlines & Top Stories Brison will use power as MP to hold Johnson accountable | THE... 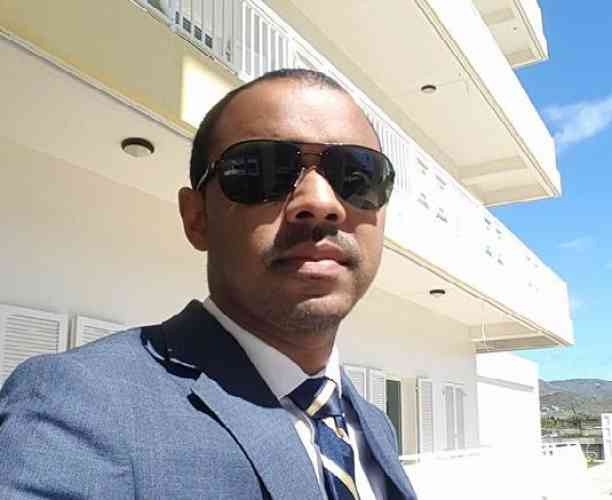 Johnson has been accused of blatantly abusing his power as a minister when he fired a former staffer after the man rejected the minister’s sexual advances and his financial offers for sexual favours with the minister.

In his only public statement on the matter, four days after the issue was made public, Johnson said last week that he had filed a “complaint” at the police station and would not be commenting further on the matter, as it was under investigation. Johnson did not specify the nature of his complaint.

National Alliance (NA) leader Member of Parliament Silveria Jacobs has since called for Johnson to “do the honourable thing” and step down from his position.

“I’ve taken note of several salacious topics related to this government circulating lately,” Brison said. “Sexual harassment and abuse of power have no place in our government or society and ministers need to he held to the highest standards. Our faction is continuing to gather the facts on this and other reports of abuse of power from Minister Johnson and use all the power available to us as MPs to hold the minister accountable.”

Jacobs said in a press release issued earlier this week that she has been closely following, with growing dismay, the matter involving Johnson and his former staffer which has escalated in an ugly manner in the press, on radio talk shows, on social media and rampantly throughout the community.

She said that while the cases of Johnson and Minister of Public Housing, Spatial Planning, Environment and Infrastructure VROMI Miklos Giterson are being handled by the justice system and are expected to take their course, the inevitable fallout for the sitting government and by extension the people of St. Maarten cannot be ignored.

“The ministers in question should be called to order and asked to resign in the best interest of St. Maarten,” Jacobs said in her release.

Johnson came under fire after WhatsApp conversations between him and now-former member of his cabinet F.T. began circulating on social media sites recently.

The Daily Herald understands that Johnson and F.T. went to a casino after a day of meetings during a recent trip to Europe. Money intended for their day allowances while travelling was played and lost at the gaming establishment. Hours after their outing, F.T. requested a personal loan from Johnson.

According to reports, Johnson refused and indicated he was willing to make a deal with the staff member to pay for T.’s accommodations for the rest of the trip.

WhatsApp messages obtained by this newspaper show a string of messages in which Johnson apparently made sexual advances, implying it was in exchange for money. In the texts, F.T. wrote that he was not comfortable with the manner in which Johnson was speaking to him and would like to drop the conversation. F.T. then, unable to pay for the rest of his stay abroad, had to return to St. Maarten.

Feeling uncomfortable and embarrassed about the situation, F.T. reportedly decided to seek assistance from a psychiatrist to help him with his traumatic experience.

Johnson supposedly attempted several times to contact F.T. and have a one-on-one meeting with him. F.T. refused and said he would only meet with Johnson if other ministers or cabinet staff were present in the meeting.

This newspaper obtained a copy of a letter dated October 9 and hand-delivered to F.T. by a marshal in which Johnson stated that F.T.’s services were no longer needed in his cabinet. “Your character does not rhyme with the nature of the position, in which an undisputed level of respect, trust, integrity, … and professionalism is required,” stated Johnson in the letter.

NA MP Christophe Emmanuel had said during an interview with PJD2 last week that he was concerned about the alleged abuse of power allegations against Johnson and noted that workers must have freedom and peace in the workplace. “Abuse of power in the workplace also amounts to crime,” Emmanuel said.