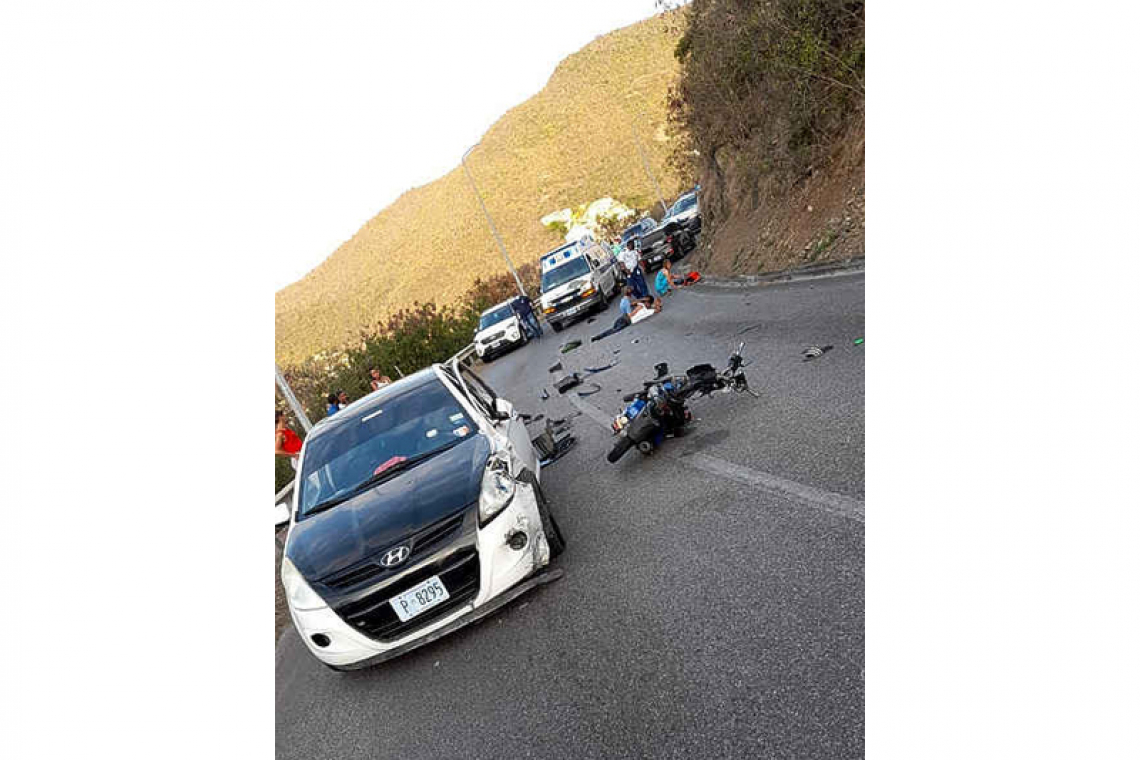 According to police, the two scooter riders were speeding on Link One, heading toward the One Tete Lokay roundabout. Although nearing a dangerous curve, they still decided to overtake a black car that was heading in the same direction.

Unfortunately, they lost control and hit an oncoming white car, the force of initial impact knocking them back into the black car. The riders skidded along the road, both breaking their legs in the process.

Ambulance Department personnel treated the young men at the scene, and later rushed them to the nearby St. Maarten Medical Center (SMMC) for further treatment.

The rush-hour accident caused traffic to back up in the area for some time, only clearing in the early evening.