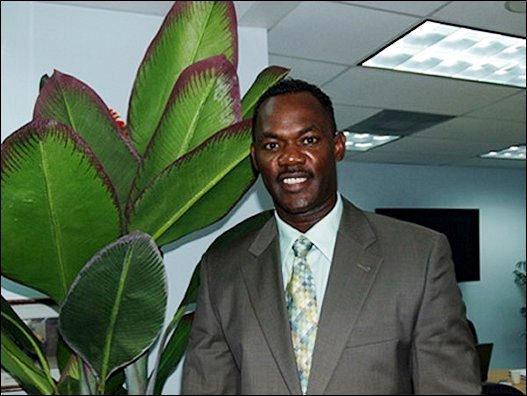 PHILIPSBURG–The Corporate Governance Council (CGC) has reacted positively to the nominations of William Brooks and Veronica Jansen-Webster for the two top positions at utilities company GEBE.

Minister of Public Housing, Spatial Planning, Environment and Infrastructure VROMI Angel Meyers told The Daily Herald on Monday that the CGC has approved the nominations of Brooks as the Chief Executive Officer (CEO) of GEBE and Jansen-Webster as the Chief Operations Officer (COO). He said the shareholder just needed to provide some additional information on one of the candidates, which he believes was already provided.

“They have been approved. There was just a question on one of the candidates and they just needed some additional information which I suspect that my cabinet has provided.”

Meyers said there is a lot of work to be done at the utilities company, which currently has an interim manager, and the possibilities will be looked into, to appoint the two candidates pending the finalisation of their screening by the Security Services VDSM. Any appointment will be on the condition that if either candidate fails the VDSM screening they will have to vacate their positions.

The Minister said the legal minds are currently looking into the matter as his intention is to “do everything by the book.”

“If they take up their duties in the meantime, it will be under the condition that if the screening of the VDSM is negative, they will have to vacate the posts. GEBE is in a critical position and we cannot continue with an interim manager. We have to fill those positions (CEO and COO) as soon as possible,” the Minister said alluding to amongst other things, talks regarding Waste-to-energy and renewable energy that have to be finalised.

Asked whether the shareholder has any concerns about Brooks, who had attracted some negative attention during his previous stints at the company, Meyers said the GEBE workers’ representative –the union– has indicated that it is willing to give Brooks another chance.

Meyers said too that Brooks came out as a qualified candidate and he is a local and he will be given a clear assignment on his tasks and responsibilities at the company as well as performance conditions with goals outlined. “There is no more time for negative publicity” for the company as this reflects badly on GEBE.
Brooks had served as temporary manager of GEBE for a short period in late 2015 and early 2016, but he then tendered his resignation effective Friday, January 29. Brooks had indicated in his resignation letter that he was resigning, awaiting the “ratification” of his “appointment” as CEO of the company. He had also reportedly met with about six or seven managers in the company prior to leaving and indicated to them that he had been resigning because he will not be a “puppet” for the shareholder or the Board of Directors.

In the meantime, the Supervisory Board, which the shareholder has since asked to step down, had, earlier this year, issued a scathing report of Brooks’ performance to the shareholder and had advised government to not appoint Brooks to the position based on his ill performance over the two months he served as temporary manager.

Finance Manager at GEBE Andrew Zagers has been temporarily filling the manager’s post at the company pending the appointment of a new CEO and COO.