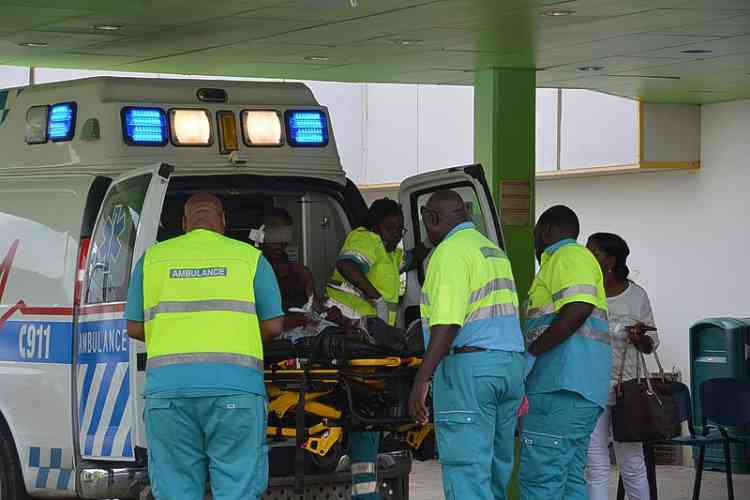 SOUTH REWARD—A man was shot in the face by his brother on Thursday morning close to 10:30am, in front of the Vocational Training School at South Reward. According to Police Spokesman Chief Inspector Ricardo Henson, the two brothers had a heated argument Thursday morning and one of them shot at his sibling.

He then drove off and left the victim lying on the ground bleeding. Police forensic officers were on the scene to collect evidence. The injured man was transported to the Sint Maarten Medical Centre for further treatment.
Police are on the lookout for the alleged shooter, who was driving a grey Hyundai Elantra. The bullet only scraped his brother’s face and did not cause any major damage, but police are concerned about possible injuries the flying bullets could have caused to others near the school.
Authorities are investigating the incident.