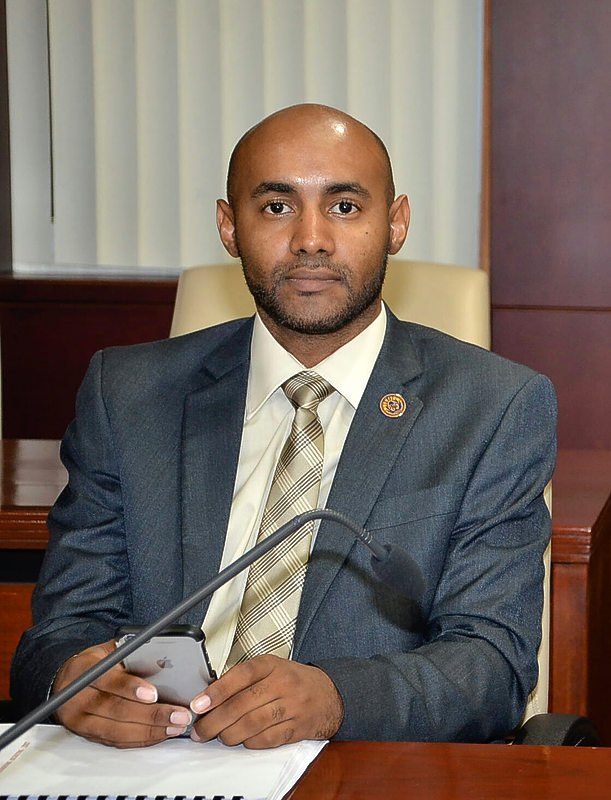 PHILIPSBURG–“To make an appointment” was the reason given for members of Anti-corruption Taskforce TBO approaching first-time Member of Parliament (MP) Chanel Brownbill of United St. Maarten Party (US Party) in Parliament House on Monday afternoon.

Spokesman for the Prosecutor’s Office Gino Bernadina told The Daily Herald: “Members of the Anti-corruption Task Force TBO/RST went to the Parliament Building to make an appointment with a person to be heard as a witness in an ongoing investigation.”

He further added, “In light of this ongoing investigation the Prosecutor’s Office cannot give more details at this moment.”

The two men, dressed in T-shirts and carrying backpacks, did not identify themselves as from TBO or Kingdom Cooperation Team RST nor did they produce any form of identification when they came into Parliament House. They only asked the security officer to see Brownbill who was at the time in a session of Parliament. He was notified by another MP that men wanted to see him.

The two men shook hands with Brownbill, who asked for their names and these were given. They followed up with a request to ask him some questions as a witness in an ongoing case. The officers were informed of the busy Parliament schedule and that an appointment was possible later in the week.