Home Local News Brownbill: ‘I have to take a stand’ 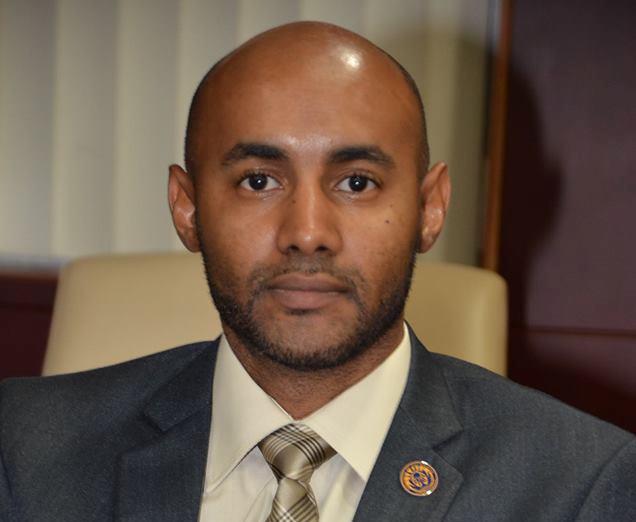 PHILIPSBURG–United St. Maarten (US) party Member of Parliament (MP) Chanel Brownbill said on Sunday that he has to “take a stand” that he “feels deep down is the right one.”
In a press release issued on Sunday evening Brownbill said that as one of the younger Members of Parliament he is aware that all eyes are on him as well as on his colleagues.
“Since my election to Parliament, I have looked on, I have observed. All we, the so-called millennium generation, are looking on. I would love to continue this learning curve and grow slowly, but steadily into the position.
“That was until the storm hit. That unforgettable date: September 6, 2017. The devastation is real. There is much discussion about aid, assistance, alternatives and autonomy,” he said in his release.
“For me, it is about allemaal [in English: all of us – Ed.]. We all on St. Maarten. We all have been hit and hit hard. And it is with that in my mind that I have to be true to myself. I have to vote my conscience. I realise what this means, but this is not about taking sides.
It is about taking a stand. I stand with the people who are hurting and who are looking at us.”
Brownbill said now is not the time for politics.
“Too much pain and hurt [are – Ed.] out there. I understand that there is more to it than meets the eye. And maybe everybody is a little bit right, but I don’t see why St. Maarten should shut one door and we don’t know where the next door is. The next door might be open, but we even don’t know where it is. Taking a position on the aid from Holland and the conditions will have political consequences. I have to take a stand. A stand that I feel deep down is the right one.
“Maybe we will be disappointed, but at least we know we tried. I tried,” he said.