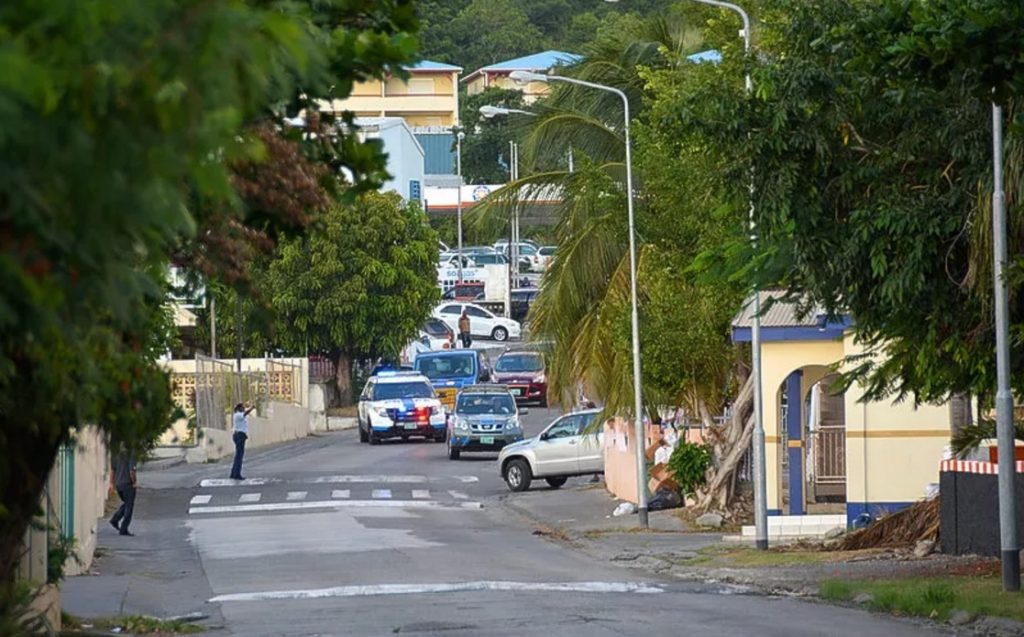 COLE BAY–Police are investigating a robbery at Budget Marine close to 4:00pm Wednesday. Details about the robbery are sketchy, but The Daily Herald understands that three robbers made their way into Budget Marine and took an undisclosed amount of cash.

Police responded to the robbery quickly and swarmed the area with several patrol vehicles. Officers managed to capture one of the three culprits during an extensive search of the area minutes after the robbery.

Authorities quickly surrounded a section of Waterfront Road and directed traffic elsewhere. Investigators believed that the getaway car was hidden close to Prime Distributors’ parking lot. A dark Toyota was towed by police later, although they were unsuccessful in capturing the other two suspects.

There was no word up to press time on the amount that was taken from the business or whether anyone had been hurt during the robbery.