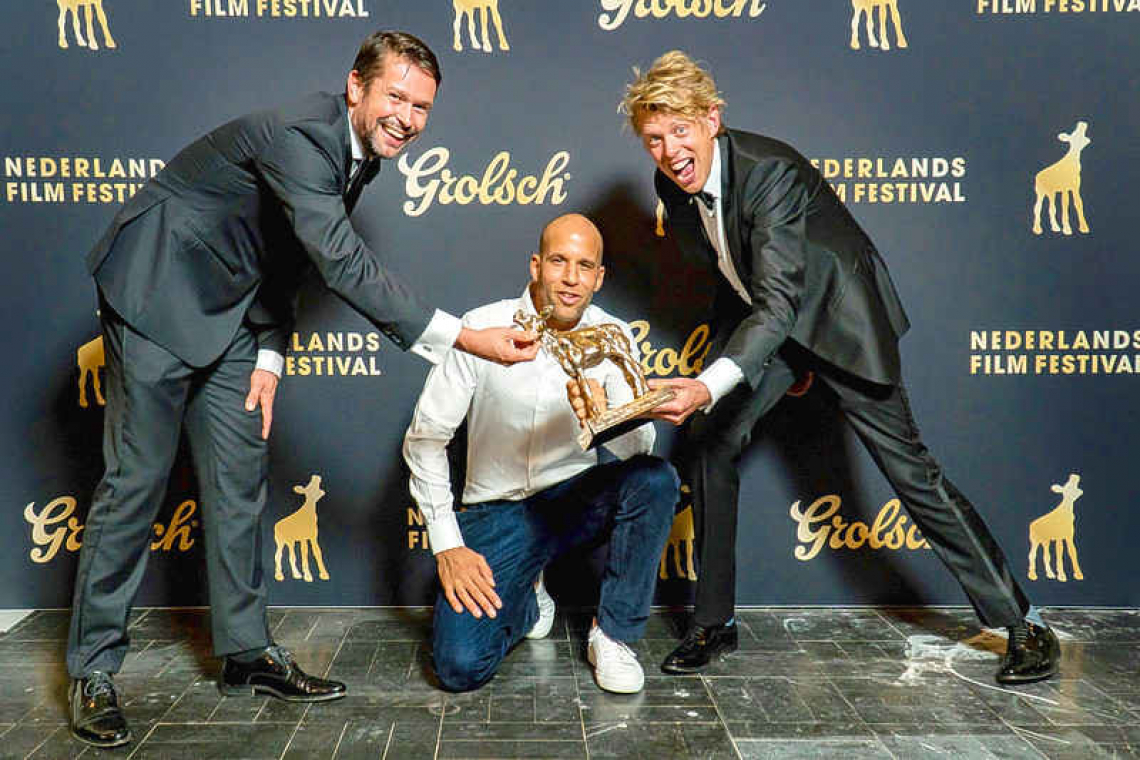 UTRECHT–The Curaçao-staged film Buladó won a Golden Calf for best movie at the awards ceremony of the fortieth edition of the Netherlands Film Festival (NFF) in Utrecht on Friday evening.

“Thank you, Curaçao, for all the love that you gave us,” said an elated Buladó Director Eché Janga during the awards show at Utrecht City Theatre, when called to the stage together with producers Derk-Jan Warrink and Koji Nelissen of Keplerfilm. “This is not only for me, for the cast and crew, and the producers, but also for Curaçao,” said Janga.

Janga dedicated the film to Curaçao, the island where his father was born. He said Buladó, a magical-realistic family drama about death, acceptance and freedom, showed Curaçao in a different way. “Not as a vacation destination or a Dutch beach in the Caribbean. It is a shoot-out to Curaçao.”

Buladó centres around 11-year-old Kenza (Tiara Richards) who gets caught in the opposing lifestyles and beliefs of her rational father Ouira (Everon Jackson Hooi) and spiritual grandfather Weljo (Felix de Rooy). Kenza lives with her father, who is a policeman, and grandfather, who identifies with the island’s ancestors, in Bandabou.

Tomboy Kenza tries to find her way between the two opposing men, while dealing with the death of her mother, whom she never knew. The movie is based on a local saga dating back to the times of slavery. Curaçao’s scenery is magnificently portrayed, as are the island’s vibrant colours and natural sounds.

Buladó has been qualified by critics as an impressive, relevant movie, due to its strong characters and the underlying colonial history. The fact that Buladó won the most prestigious Dutch film award was considered somewhat surprising, because, despite the positive critics, the movie is in Papiamentu, and with only one nomination in the 20 award categories chances appeared to be slim.

Warrink said on stage that it had been no easy ride, working in Curaçao, but that the results came “straight from our heart.” He called Janga an “enrichment” for Dutch movies and a director with “a great future.” Janga not only directed Buladó, but also wrote the script, together with Esther Duysker.

In an article on Saturday, de Volkskrant newspaper noted that even though the movie had received much praise from critics, the choice of the voters of the Dutch Academy for Film (DAFF) had resulted in a surprising conclusion of the gala event.