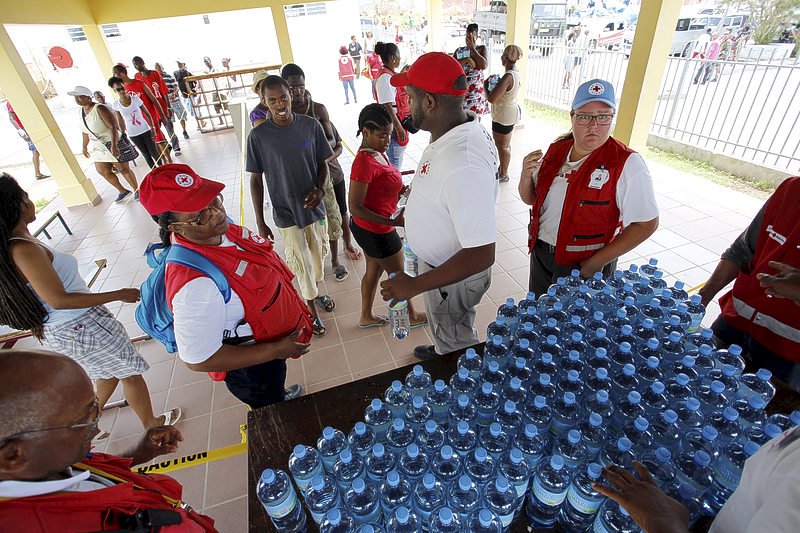 THE HAGUE–In principle all funds that are collected in the Netherlands by the Red Cross are destined for St. Maarten, minus the organisational costs which are kept at a bare minimum, more or less at 7 per cent.

The Netherlands Red Cross stated this in response to concerns expressed by citizens in the Netherlands and in St. Maarten that a large portion of the collected funds would not be going directly to St. Maarten for emergency aid and assistance with the reconstruction.

Some 14 million euro has been collected by the Red Cross in the past week and a half, and this amount is expected to grow as the drive continues. The Red Cross has already sent several loads of relief goods to the islands, and another aircraft of Dutch Defence left the Netherlands on Sunday with 11 tonnes of relief supplies of the Red Cross. Relief supplies will keep being sent in the coming period.

The relief supplies mostly consist of water, food, medication, hygiene packages, tarpaulins, but also jerry cans and generators. The Red Cross team in St. Maarten has been assisting with the localisation of missing persons. In the past days, the priority has been on the distribution of tarpaulins in anticipation of Hurricane Maria.

In the phase after the emergency assistance, the Red Cross will assist with the reconstruction, helping people to get their lives back in order with for example the rebuilding of homes. “We especially look at where the help is most needed. People have lost their homes, but also their income. We help the most vulnerable persons. What we will do in the reconstruction phase depends on the plans,” a Red Cross spokesperson told The Daily Herald on Monday.

The spokesperson assured that a portion to be kept “as small as possible” will be used from the collected funds for operational and administrative expenses, and that “in principle” all funds go to St. Maarten, and to a lesser extent to St. Eustatius and Saba. “We cannot completely prevent having to make some expenses, but we are keeping them at a minimum.”

Rumours that 30 per cent would not reach the Windward Islands were dispelled. “We are striving for a maximum of 10 per cent, but most likely this will be less,” said the spokesperson, who added that the Dutch General Audit Chamber keeps an eye on the spending of the funds.

The Audit Chamber found that of the funds collected to help Haiti after the great 2010 earthquake, 7 per cent was spent on organisational costs, including the costs of the Red Cross personnel working in Haiti after the disaster.

Prof. Humanitarian Aid Thea Hilhorst of the Erasmus University stated a few days ago that the St. Maarten people should not fear that Red Cross funds will end up in the pockets of the wrong persons. She alluded that the Red Cross manages the funds carefully and that the money for the reconstruction would not be wired to the local government. Dutch Prime Minister Mark Rutte has also confirmed this last part.

Some people have voiced criticism about the height of the amount that has been donated. In their opinion, this amount was too low considering the record amount of 208 million euros that was collected after the 2014 tsunami in South-East Asia and the 35 million euros collected early 2017 for the famine in Africa.