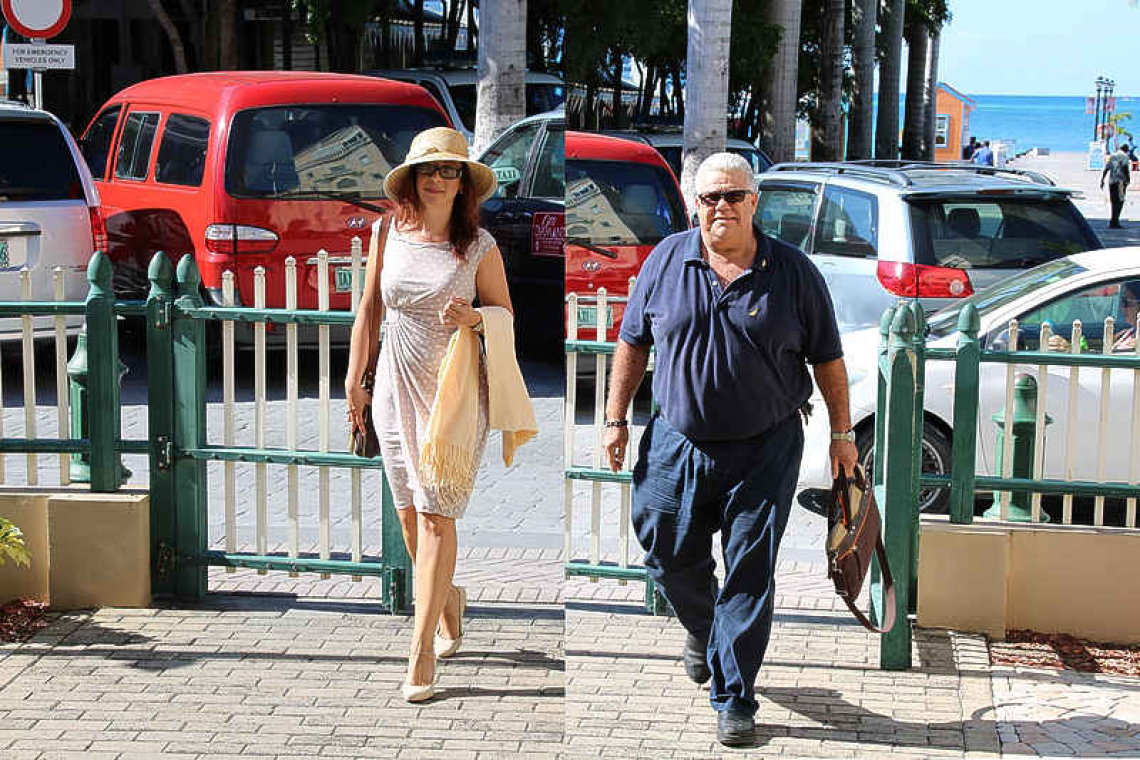 PHILIPSBURG–Member of Parliament (MP) Claudius “Toontje” Buncamper and his wife Maria Buncamper-Molanus, who is currently a high-ranking civil servant in the Finance Ministry, will stand trial in the so-called Ruby investigation in the week of July 12-16, it was revealed in preliminary hearing of the Court of First Instance on Friday.

The Ruby investigation primarily focuses on suspected bid-rigging during the tendering process to manage the country’s landfill on Pond Island.

The investigation has been carried out by the Kingdom Detective Cooperation Team RST since July 2018 under authority of the Anti-Corruption Taskforce TBO of the Prosecutor’s Office.

According to the preliminary indictment read by the prosecutor during the hearing, MP Buncamper – who was then head of the Department of Infrastructure Management of the Ministry of Public Housing, Spatial Planning, Environment and Infrastructure VROMI – allegedly accepted large sums of money in bribes between May 2015 and August 2018 to rig the bid in favour of company Robelto and Son B.V., which later won the contract to manage the dump.

Ruby also investigated other suspected wrongdoings by the Buncampers.

In total, MP Buncamper faces four separate charges, which include forgery of dozens of invoices, abuse of position, and misusing public funds for personal purposes such as helping an immediate family member to establish a business venture at Kim Sha Beach.

The Buncampers will stand trial along with Robelto and Son B.V. and the firm’s representatives R.F. and L.L., who are accused of having facilitated the bribes.

There will be another preliminary hearing on May 18, when the defence will have a final chance to request additional investigation, such as the hearing and/or re-examination of witnesses.

On Friday, the Court advised defendant L., who has yet to hire legal counsel, to obtain the services of an attorney. Co-defendant F. was not present for the hearing, but was represented by attorney-at-law Shaira Bommel.

This case is separate from the Buncampers’ earlier legal troubles. In October 2018, the Court of Appeals found the Buncampers guilty of having given direction to the intentionally incorrect and incomplete filing of profit tax returns by “fake” company Eco Green N.V. between 2009 and 2011. The couple founded the company in December 2008.

The criminal offences were related to the lease of a piece of land in St. Maarten by Eco Green to St. Maarten Building Supplies (SBS) and a financial construction they set up together with a notary.

The Dutch Supreme Court in The Hague confirmed Buncamper-Molanus’ conviction in late March, but reduced her sentence from 240 to 228 days of community service because of “undue delay” in handling the case.

This was not the case for her husband, whose case was referred back to the Joint Court of Justice for retrial. The attorney-general said at the time that it could not be derived from the evidence used by the Appeals Court that MP Buncamper was aware or should have been aware of his wife’s punishable conduct in not filing profit tax returns, and the Supreme Court agreed.