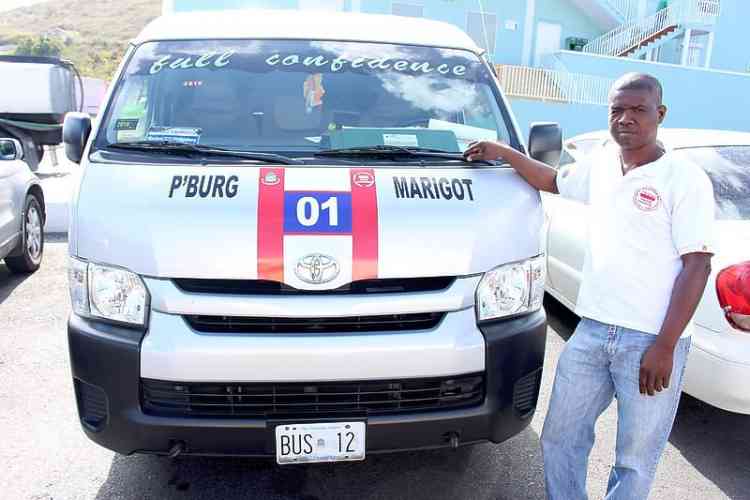 UBDA President Claude Omeus said the meeting was fruitful, but hopes to get action from this minister as soon as possible. “There are many issues in public transportation that need urgent attention. The board has met three ministers in the past three years and no affirmative action has been taken,” stated Omeus on Monday.

The establishment of a Bus Terminal in the Philipsburg area is still being looked at. The association believes that the terminal would alleviate traffic congestion on Back Street and Cannegieter Street.

“Such a terminal would lead to an improvement in services for passengers and will bring relief to congestion issues. The colour code was also discussed for buses. We believe that with the colour system, the transportation sector would run smoother.”

A black off-duty sign also will be developed for all buses to prevent any confusion with buses that are in different districts when not on duty.

The association plans to discuss the proposed policy with government to come up with a joint regulation to which all buses will have to adhere. The Association does not represent the majority of bus owners and will not be able to regulate this policy by itself.

UBDA has assured Johnson that it is committed to servicing the route in Sucker Garden and Middle Region. As for the route identification system, the programme is in place and only needs enforcement and backing from government.

Omeus calls on all members and prospective members to come to an urgent meeting of the association this Sunday. Flyers will be distributed to all drivers this week.