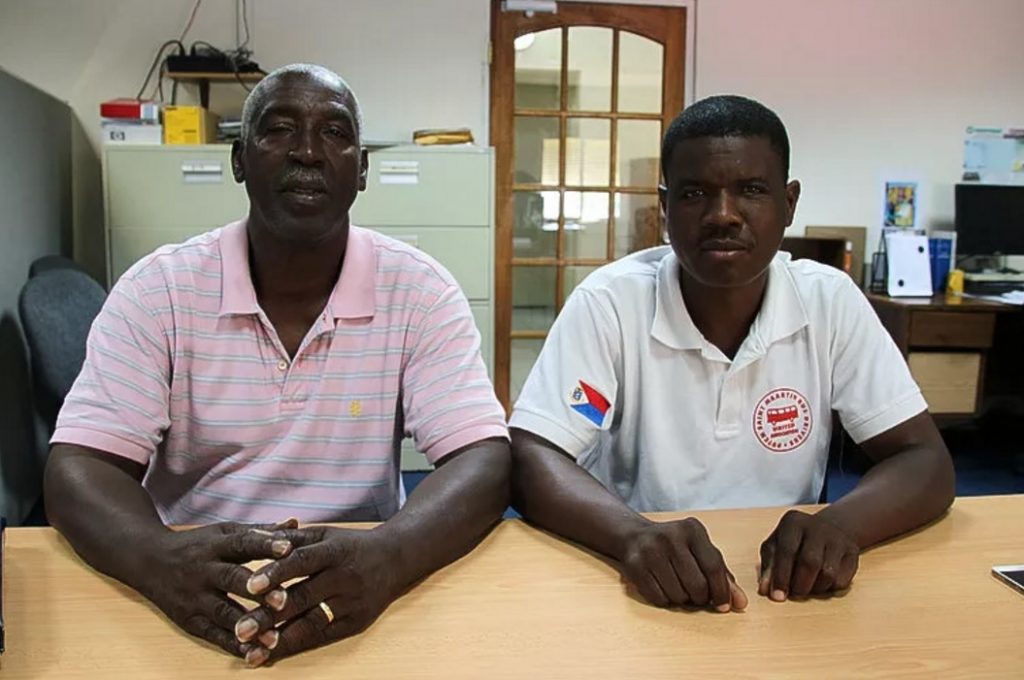 PHILIPSBURG/MARIGOT–The announcement by the Ministry of Tourism, Economic Affairs, Transport and Telecommunications (TEATT) on Thursday caught both bus drivers’ associations by surprise. The organizations are requesting a retraction or a clarification from the TEATT Minister Ingrid Arrindell, who caused mass confusion by announcing that only 20 buses are allowed to service the Philipsburg-Marigot route.

St. Maarten United Bus Drivers Association President Claude Omeus met with some of his members on Friday morning after the announcement was made and said the Minister had completely contradicted herself, because she had given the Association a different set of names and bus plates of drivers who are allowed to service the Marigot route.

Association de Transport en Commun Saint-Martinois President Lainez Christian also showed dismay at the Ministry’s statements and said the two associations had met recently about who is allowed and who is not allowed to service the route. There is an agreement with the Collectivité of St. Martin that 30 drivers are allowed to service the route from Dutch St. Maarten.

“We hope that this does not get too far, but we are prepared to block the roads and strike until this is rectified. This is the lives of our bus drivers; this is how we provide for our families. I was in a meeting with Minister of TEATT Ingrid Arrindell and the French side authorities and it was agreed that all correspondences would be shared and now we arrive at a haphazard decision,” stated Christian.

He went to the controllers of public transportation on Friday and asked what this sudden announcement was about. He was informed that nothing had changed and that the plates confirmed by the associations still stood.

Dutch bus drivers are confused by the move as to some of the plates mentioned by the Ministry. “I have my permit for Dutch and French side. Does that mean I am not allowed to go to Marigot? We would like the Minister to clarify our grievances and hope that she could meet with us,” said Omeus.