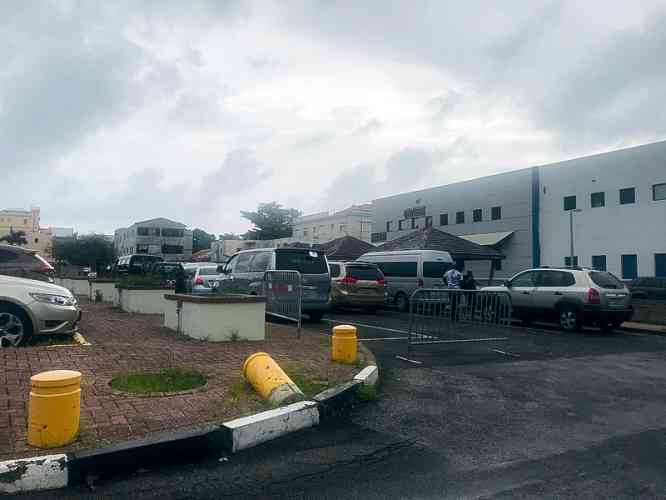 PHILIPSBURG–Government has to focus on giving public transportation the much-needed attention it deserves, was just one of the sentiments expressed by St. Maarten United Bus Drivers Association President Claude Omeus during an urgent meeting with Transportation Minister Stuart Johnson on Friday.

According to Omeus, the much-needed bus terminal was one of the points discussed and Johnson gave the association the green light to co-exist with the temporary taxi terminal next to RBC Bank in Philipsburg. Buses soon will not be allowed to drive on Back Street and would have to park at the Little League Stadium and use the bus terminal opposite the taxis to pick up passengers.

“Drivers will have to park at the Little League Stadium parking Lot and make their way by numbers to the terminal and transport passengers to their designated district. The only problem is that the enforcement has to be done by government,” stated Omeus on Monday.

Servicing the Sucker Garden to Middle Region route came up during the discussions and Omeus presented the association’s solution to eradicating gypsy drivers presently charging patrons living in the areas.

The group proposed that all seven-seat buses be diverted to service the route. This will give residents living in the area the chance to finally use proper and safe public transportation.

Omeus said the meeting had been fruitful and Johnson had been very receptive of the association’s plans for the transportation sector.  Bus drivers are encouraged to sign up with the association, as several benefits can be utilised by the drivers such as a discount card and medical insurance for them and their families.

The group thanked Johnson for meeting with them and hope they can rely on his continued support.