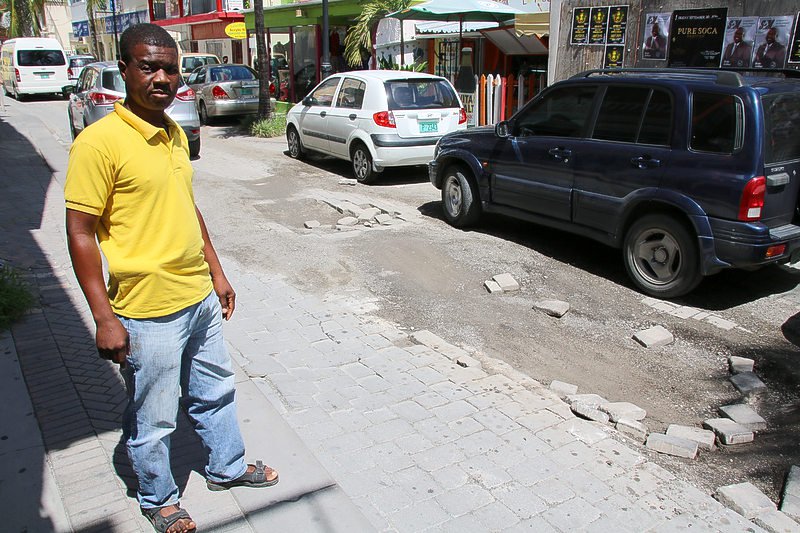 PHILIPSBURG–The St. Maarten United Bus Drivers Association has had enough of Government’s excuses for not repairing Back Street.

The Association will send a letter to Minister of Public Housing, Spatial Planning, Environment and Infrastructure VROMI Angel Meyers and Minister of Tourism, Economic Affairs, Transport and Telecommunication (TEATT) Ingrid Arrindell informing them about major potholes in Back Street.

“We are ready for action. For too long buses had to endure the deplorable street and it has become a normal practice. Four weeks ago it was announced by the Minister of VROMI that work will begin to fix Back Street. We are four weeks later and no work has been done. How long should we continue to endure this bad street?” stated Bus Association President Claud Emus.

The organisation is prepared to rally all its members and call for industrial action if Government does not work on the street by the end of September. “The Budget was the excuse we were getting all the time. Now the Budget has been approved and nothing has been done to fix our capital’s street,” stated Emus.

It should be noted that while conducting the interview with Emus at one of the major potholes in Back Street, a tourist commented, “We love St. Maarten, but please fix this road. It is pretty bad.”

Emus asked how it was possible that Government was not considering that one of the first streets often accessed by visitors to the island is Back Street before driving to Front Street. He also complained that drivers have to fix their buses more often thanks to the huge potholes in the street.

The Daily Herald contacted Public Works Head Claudius Buncamper, who stated that the approval of funds for the road repairs should be discussed in the Council of Ministers meeting this week. Public Works is aware of the state of the street and is awaiting the needed funds to begin road works.

Emus concluded by stating, “This is not about politics, this is about the urgent attention Back Street needs. The road repairs are long overdue and I hope Government does what it needs to do and fix the road as soon as possible.”

He will meet with members and the association’s board before any action is sanctioned.

Source: Daily Herald
Bus drivers warn of strike over state of Back Street