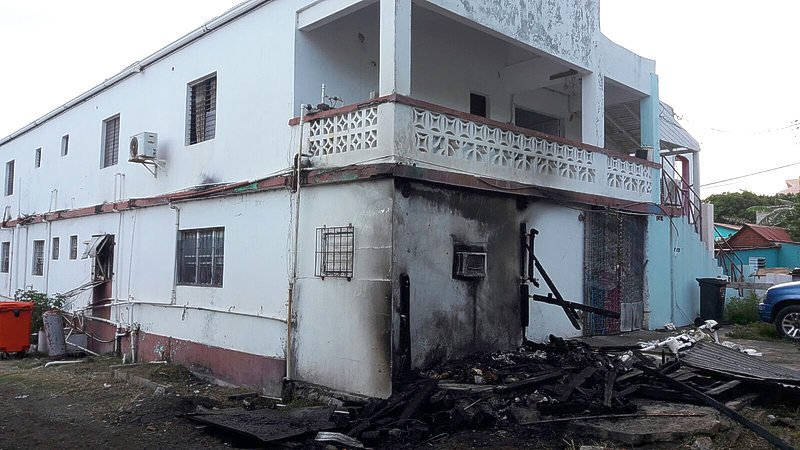 The building on Heyligerweg after Sunday morning’s fire.

ST. EUSTATIUS–The Fire Department of St. Eustatius on Sunday morning around 4:13 received a call about burning garbage on Heyligerweg. It proved, however, to be a business establishment that was on fire.

Fire Department Shift Leader Renee Courtar said the Fire Department arrived on the scene around 4:25am. Upon their arrival, they found that more than garbage was burning, and they contacted Fire Chief Andre Bennett.

Courtar said the fire had been suppressed by persons in the area, who tried to extinguish the fire before it could spread.

The Fire Department made an assessment to make sure there was no smoke in the building, as the establishment is a two-story building. Fire personnel first checked the ground floor and after the second storey was cleared, they found no damage or smoke.

This is not the first fire that has taken place in street. Recently, a wooden house burned to the ground due to fire.

The business establishment has surveillance cameras so if the fire was deliberately set the culprit or culprits would be visible on camera images.