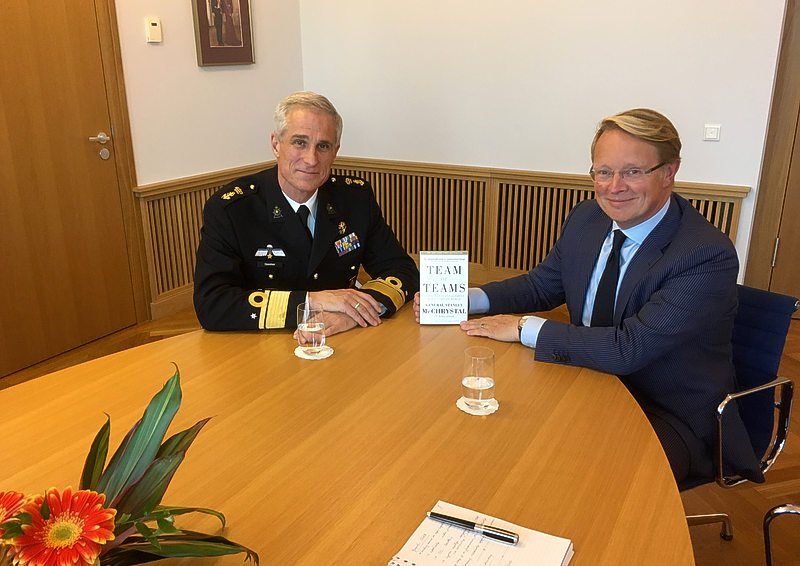 THE HAGUE–The Dutch Ministry of Home Affairs and Kingdom Relations BZK on Monday assumed the formal role of coordinating the military deployment in St. Maarten, St. Eustatius and Saba. Meanwhile a comprehensive plan and associated reconstruction fund are being worked on.

An amount of 260 million euros was mentioned in the article. A spokesperson of the BZK Ministry could not confirm this amount when asked by The Daily Herald. However, it is a fact that a delegation of the Ministry has gone to St. Maarten to make an assessment of what is needed to rebuild the island. A reconstruction plan will be drafted.

Dutch Prime Minister Mark Rutte and caretaker Minister of Home Affairs and Kingdom Relations Ronald Plasterk already stated shortly after the hurricane that the Netherlands would not just wire the money, but that it was too soon to talk about the funds for the reconstruction. Rutte and Plasterk did say that the Dutch Government would not abandon St. Maarten and that the island would be assisted in the reconstruction phase.

The Trouw newspaper reported that the reconstruction fund would not be in the hands of the St. Maarten Government, but that it would be controlled by the Dutch Government with checks and balances in place.

Persons and organisations that want to secure a loan from this fund will have to comply with strict conditions, while their background will be checked to prevent fraud and corruption. The information in the article could not be confirmed by the BZK Ministry at this stage, but it is clear that the Dutch Government will assume a leading role in the reconstruction phase.

Meanwhile, the Ministry is assuming a bigger role in the aftermath of the devastating storm. General-Major of the Marines Richard Oppelaar on Monday transferred the coordination of the Dutch military deployment to Director-General of the Windward Islands Reconstruction Programme Hans Leijtens.

Oppelaar presented the book “Team of Teams” to Leijtens, a book that contains “new agreements for a complex world.” Oppelaar emphasized the solid cooperation between Dutch Defence and the BZK Ministry, and the expectation that this relation will remain good in the coming period.

The Dutch Government took immediate action after the catastrophic hurricane. Dutch Defence personnel, now some 550 in total, have been providing emergency assistance, they helped to restore public order, have arranged heavy equipment for the large clean-up and they still man the check points.

To achieve a more efficient transport by air and sea in the Caribbean, the Netherlands, France and the United Kingdom have started a temporary military cooperation. The Multi-national Caribbean Coordination Cell (MNCCC) serves to share, coordinate and optimise the available capacity of ships, aircraft and helicopters.

The MNCCC has been established at the Dutch Navy Base Parera in Curaçao and will serve for a period of one to two months. Some 25 military personnel will work at the MNCCC, which eight have been supplied by Dutch Defence.