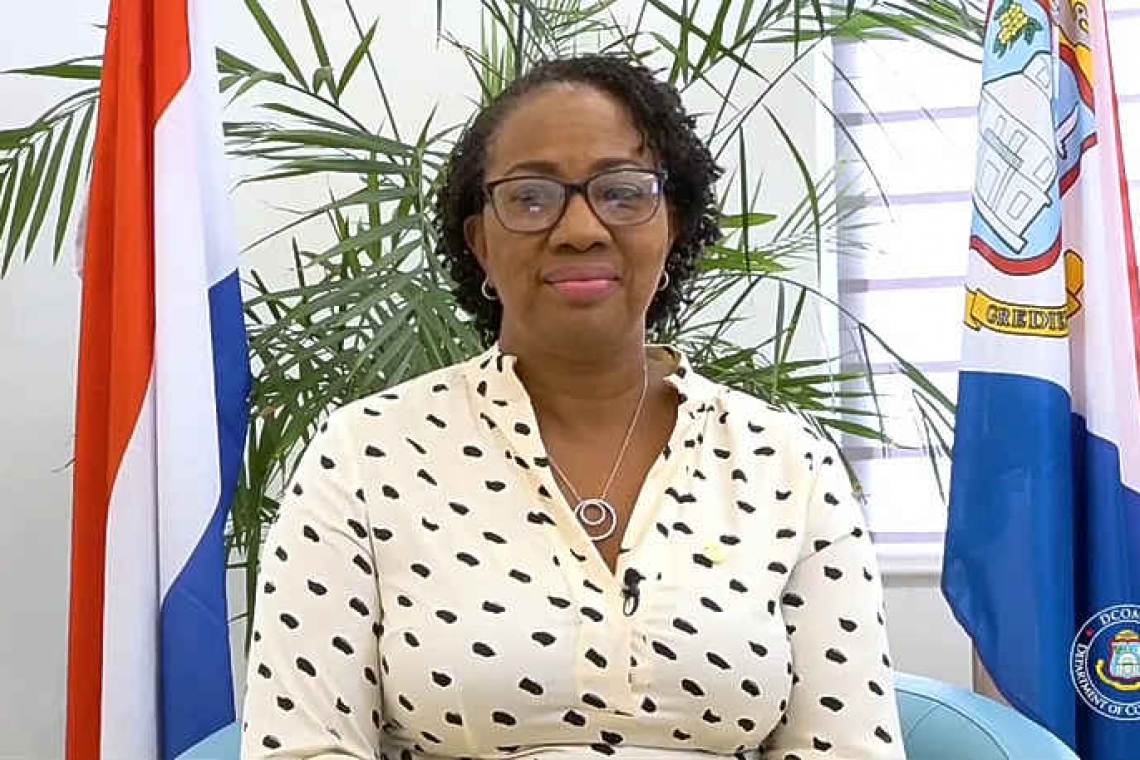 PHILIPSBURG–The Dutch Ministry of Interior Affairs and Kingdom Relations BZK will give a positive advice to St. Maarten’s request to deviate from the balanced budget norm, and this request will be added to the agenda of the next Kingdom Council of Ministers meeting scheduled for February 4.

Prime Minister Silveria Jacobs provided this information to Members of Parliament (MPs) after meeting with Dutch State Secretary for Kingdom Relations and Digitalization Alexandra van Huffelen on Thursday. While MPs were happy with the positive news, some were cautious and preferred to await the conclusion of the process to see whether this will materialise.

Some MPs on Wednesday questioned the legality of debating the budget without the deviation being granted. Jacobs said she conveyed the urgency of the deviation request being handled during her meeting with Van Huffelen.

“The meeting was indeed a very positive one with both the Minister of Finance and our support staff and the State Secretary Van Huffelen with her support staff,” Jacobs told MPs. “It was fruitful. We had a planned agenda. The main agenda point for us, St. Maarten, was to get the commitment to have the deviation of Article 25 handled in the next Kingdom Council of Ministers meeting, which is scheduled for February 4, and it was officially confirmed that it would be a separate agenda point in that meeting and that it would be included onto the agenda with a positive advice from BZK as per the CFT’s [Committee for Financial Supervision] advice.

“This clarifies for all that once we are finalised with the process here in Parliament, on February 4, we are moving forward; of course, the agenda has to be approved. All of that will come in the week. We will give our contribution and of course our plenipotentiary minister will be voting ‘for’ on that subject matter. All the other points that had been brought forward had been removed and we will continue to have bilateral and vierlanden [four countries] discussion on the way forward. The State Secretary is well briefed on where we are right now, but there are still quite some matters to discuss and that will be in the coming week.”

Van Huffelen is also expected to visit St. Maarten in February to get a hands-on feel of the realities of St. Maarten and how the country has been handling matters thus far. “I think this is the most important update for the MPs [and] the people of St. Maarten to not feel that we wouldn’t be able to get the budget moved through to the next stage. As we all know, we already have a couple of nota’s van wijziging [notes of amendment], which will require some work by the government of St. Maarten, once it is finalised here in Parliament before it can go to the governor for signing,” Jacobs said, noting that this would give government sufficient time to finalise everything pending the official approval of the deviation of the budget norm in the Kingdom Council of Ministers meeting of February 4.

A hesitant United Democrats (UD) MP Sarah Wescot-Williams said she knows the nature of the BZK organisation and she would have to see this happen first, as she has seen things changed while en route to the Kingdom Council of Ministers. “I am pleased to hear that the meeting will take place on February 4., but I, Sarah Wescot-Williams, … would want to see that reach the RMR without any little additions or whatever else… and that this is approved,” Wescot-Williams said. “The matter of having conditions slipped into a proposal is something that we have become all too familiar with,” the MP added.

United People’s (UP) party MP Rolando Brison said he is hopeful given the information provided by Jacobs because had it been former State Secretary Raymond Knops, the news would not have been as positive.

National Alliance (NA) MP George Pantophlet said he is happy with the news delivered by the Prime Minister and he is confident that Van Huffelen will not change her mind.

Party for Progress (PFP) MP Raeyhon Peterson said he too is happy with the news. He, however, wanted to know whether the voting on the budget will be moved to February 5, the day after the RMR handling, so that the country can be in conformity with the relevant laws.