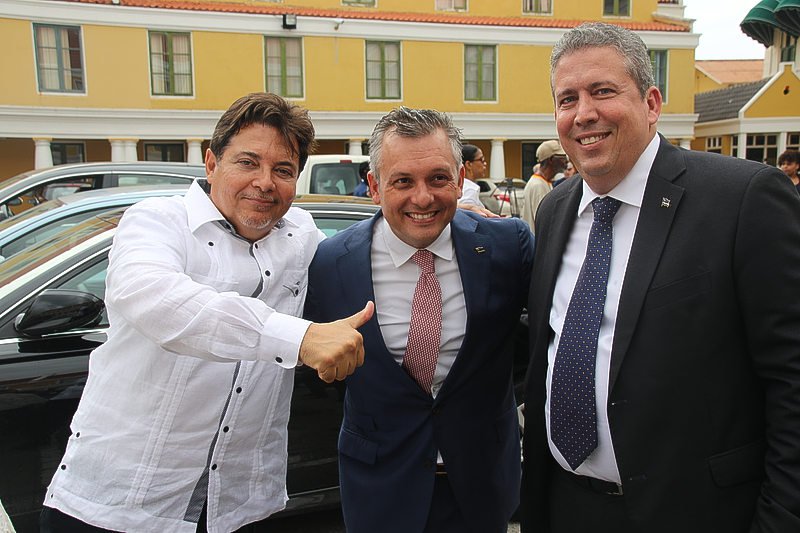 WILLEMSTAD–Gilmar Pisas (MFK) last Friday became Prime Minister of what was supposed to be Curaçao’s transitional government pending the result of early elections on April 28, but the latter have now been postponed for an indefinite period.

This means that the cabinet sworn in by Governor Lucille George-Wout dropped its interim status from the outset.

The incoming Council of Ministers backed by the MFK/KdNT/PS/MP/Braam/Dannawi coalition in Parliament asked the Supreme Electoral Council via Minister of Administration, Planning and Service Norberto Ribeiro (KdNT) to halt its preparations for a return to the polls. They want to await the reaction of the European Court on their complaint against the manner in which the outgoing MAN-led Koeiman Cabinet was allowed to dissolve the legislature and call early elections despite the existence of a new majority.

Pisas had been nominated as Justice Minister, but temporarily took on the General Affairs portfolio too, as MFK’s candidate for Prime Minister Charles Cooper had not yet passed the screening process.

The parties now in power are much more critical towards The Hague. According to MFK leader Gerrit Schotte, the Netherlands has suppressed the island through the judicial system. KdNT leader Amparo dos Santos is also said to be in favour of total independence for the island.