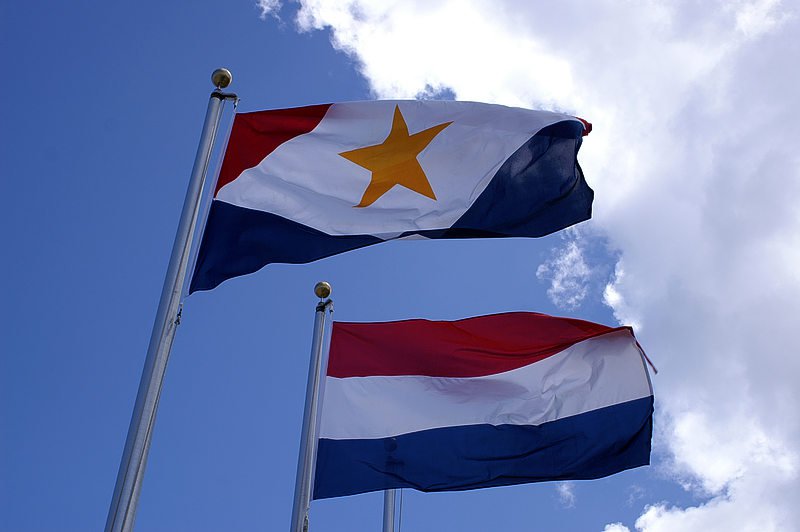 THE HAGUE/SABA–The response of the Dutch Government to the Caribbean Netherlands evaluation reports lacks reflection and concrete measures to address shortcomings, stated a disappointed Saba Government in a letter to the Dutch Parliament which also mentioned the positive aspects of the new constitutional relations.

Saba’s Executive Council started off its six-page letter, signed by Island Governor Jonathan Johnson and Island Secretary Tim Muller and sent to The Hague last Thursday, by stating that the bond which the Dutch Government said existed between the Caribbean Netherlands and the European Netherlands was only partly reflected in the cabinet’s reaction dated May 12, 2016.

“The cabinet expressed the intention that it would come with a reaction together with the public entities, but hasn’t been able to achieve that intention. Despite the several letters that the Public Entity Saba sent to the different ministries in which we explained our position. As such, there are large differences between Saba’s standpoint on the Spies report and the cabinet’s reaction to this report,” it was stated in the letter which was obtained by The Daily Herald.

In general, stated the Executive Council, the cabinet’s reaction lacked reflection on a “number of important conclusions” of the evaluation committee chaired by former Minister Liesbeth Spies. “No word is said about the reduction of the bureaucracy that the Dutch Government caused after October 10, 2010, or about the concretisation of the for the Netherlands acceptable level of services provided by government (“voorzieningenniveau”).

Saba is “very disappointed” about the way that The Hague is giving content to the relations with the islands. Also, many measures described in the cabinet’s reaction will not have an added value for Saba, or even have an adverse effect such as some of the measures to improve the working of the housing market.

At the same time, other subjects were not even mentioned in the cabinet’s letter, such as the promotion of tourism and entrepreneurship. The events confirmed the lack of dialogue between The Hague and the public entity. Saba stressed that it wanted to work on its ideas with the Dutch Government and that the evaluation reports should not disappear off the table.

According to the Executive Council, the cabinet’s reaction contained almost no concrete promises. “It concerns mostly intentions and indirect, flanking measures that may yield results. We ask you the First and Second Chamber of the Dutch Parliament to see to it that these intentions are truly complied with.” A suggestion was made to plan a debate a year from now to ask Minister of Home Affairs and Kingdom Relations about the results of the cabinet’s reaction.

Saba is content with the promise of the Dutch Government to establish a social minimum, derived from the legal minimum wage. This means that the social welfare (“onderstand”) will increase in the coming years. “We are happy with this, but emphasize that this social minimum cannot be seen as a concretisation of the for the Netherlands acceptable level of services.”

Poverty is best fought through creating more employment, economic development and the reduction of the cost of living. Although the cabinet’s reaction contained measures to reduce the cost of living and to stimulate the economy, the Executive Council doubted whether these would yield the desired effect.

According to the Saba Government, the measures rely on too many insecure aspects and have an indirect character. “We are missing a dot on the horizon, a concrete ambition to combat poverty, just like was formulated in the case of education and health care in the process leading up to October 10, 2010.” A joint action plan for Saba’s social-economic development and the eradication of poverty would be more effective than indirect measures of which the outcome is yet unsure.

The increased bureaucracy is hampering the island’s development. Saba should have a bigger say in the execution of policy and should be allowed to carry out several tasks such as the issuing of fishery permits and the work permits. “We advocate a strengthening of the public entity: tasks are carried out more efficiently on a local level with a better understanding of the local situation.”

The Saba Government was positive about the Dutch offer for expertise assistance. However, this additional expertise makes little sense when the local government has insufficient capacity to absorb this expertise.

Good governance not only requires a solid government apparatus and a decent execution of government tasks, but also depends on the appropriate financial means to duly carry out these tasks. The so-called free allowance (“vrije uitkering”), which has been deemed too low, hampers the island government from properly executing its tasks, and to invest and/or upkeep the physical infrastructure and services provided to the people.

The Saba Government implored on Minister Plasterk to stick to his earlier promise to include the height of the free allowance in the evaluation process. Maintaining the free allowance under the minimum level also weakens the position of the island government, it was stated. Saba asked to come to an agreement on this matter.

The Multi-Annual Programme, referred to several times in the cabinet’s reaction, contained incidental funding, but not the much needed structural funds. If no structural funds are forthcoming within short, the Saba Government will have to cease the recycling project.

The lack of financial means threatens the investments that were made at the airport. “The public entity has proved that it can take on its responsibility for recycling and the airport, but it needs to be enabled to do so by the Dutch Government.”

The Dutch Government has insufficient knowledge of the local Saba situation, stated the Executive Council which made a case to have the coordination of the execution of policy and tasks take place on a local level, including the aspect of accountability. “We want more with Saba than for Saba.” A local, more efficient execution of tasks would also stem the wasting of money. Saba called for the drafting of a joint execution plan.

In conclusion, the Executive Council stressed that it was thankful for the many investments made by the Dutch ministries over the past years. “This letter focuses on things that are lacking or can be improved, but the Executive Council finds it important to also mention that many things did go well. Let’s try to forcefully address those issues that went wrong in the past years.”