Home Local News Call to support Statia’s farmers who are struggling with drought | THE... 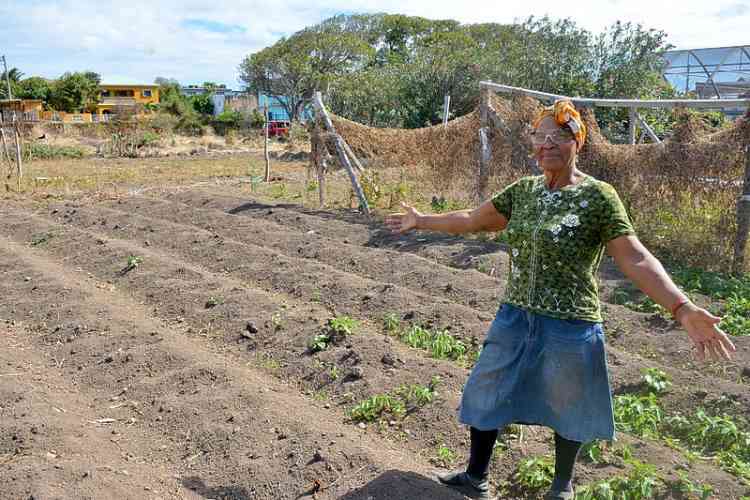 “No water, no crops, something has to be done,” says local farmer Patricia Brookes, pointing towards her field of sweet potato that will not grow due to lack of water.

ST. EUSTATIUS–“St. Eustatius’ soil is extremely dry at the moment. Crops are failing and the local administration must do more to support and cooperate with local farmers,” consultant for sustainability, innovation and public health Dr. Teresa Leslie advised.

“In the past, the central and local governments have helped local growers to work towards making the ‘Historical Gem’ self-sufficient in produce,” Leslie said. “However, the fine water- management plans announced by the government are not in place to save what will be a poor Easter harvest.”

According to Leslie, every year Statia imports an estimated US $1 million in produce from refrigerated containers that have spent many days at sea.

“On arrival, this produce has a short shelf life. It is often tired, devoid of energy and expensive. A poor diet can create stress, tiredness and eventually conditions such as obesity, tooth decay and high blood pressure. It is well known that fresh local produce is infinitely preferable to container food,” she said.

“Given that local produce is sold at half the cost of the imported variety, the benefits to public health and the island economy are immense,” Leslie added.

She is calling for an urgent round-table meeting with Government Commissioner Marcolino “Mike” Franco. “There are various initiatives that could be taken now to offset further deterioration later,” Leslie said.