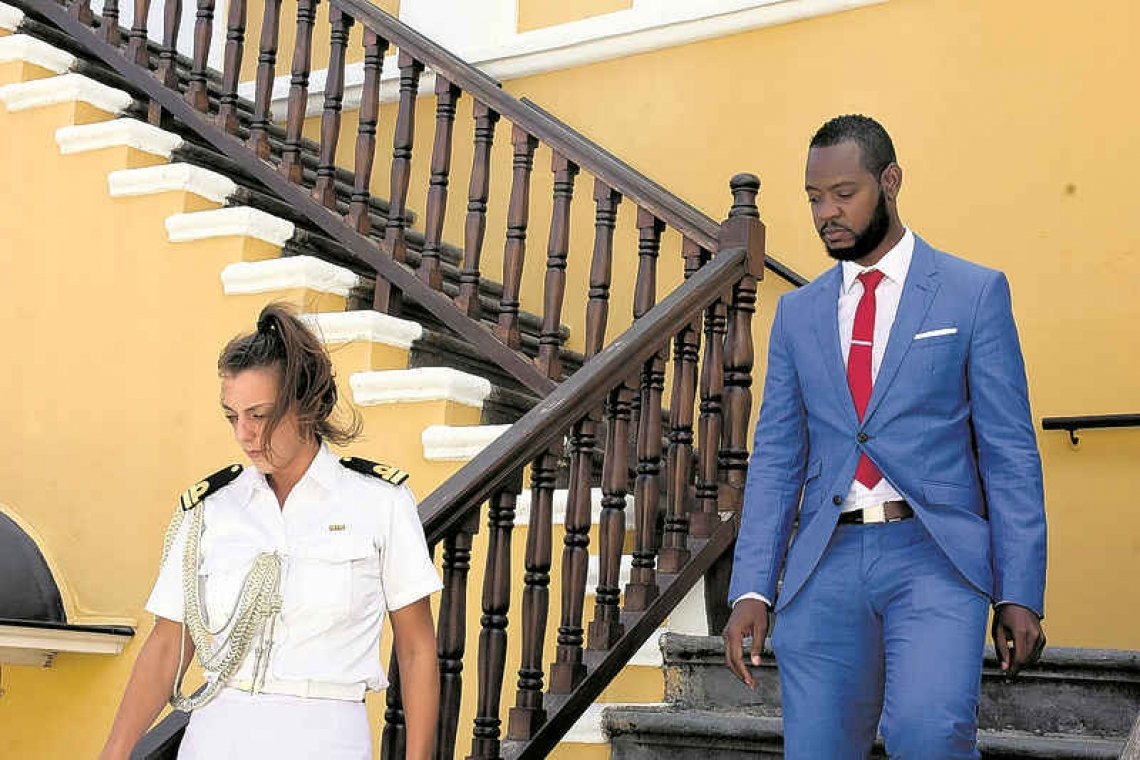 WILLEMSTAD–Independent (former PIN) Member of Parliament (MP) Rennox Calmes has withdrawn his support from the current PAR/MAN/PIN government. He had wanted to nominate a new Minister of Health, Environment and Nature GMN instead of PIN-leader Suzanne Camelia-Römer and would not accept her, even though she was asked to stay on for a week by Prime Minister Eugene Rhuggenaath (PAR).

According to Calmes, that was not his deal with the prime minister and he even had to hear about it through the media. Calmes, who had also requested influence on the future of the Isla refinery and opposed further budget cuts in education, already indicated to the governor that he will not support the current cabinet anymore.The coalition now has the backing of only 10 of 21 MPs, since they are still waiting for former Minister of Education, Science, Culture and Sports OWCS Marilyn Alcala-Wallé. She is in line to take up the seat left by PAR-faction member Junior Millerson, who recently died.

However, Alcalá-Wallé has been under investigation for allegedly violating the screening law for prospective cabinet members. She even stepped down as minister pending the probe, but must now decide whether to join the legislature and, if so, remain with PAR or go independent as well.On Monday, Rhuggenaath made an urgent appeal to Camelia-Römer not to resign and stay in office until Friday. He did that based on the fact that the Dutch Caribbean country is currently confronted with an unprecedented crisis in the public health sector, while other important activities in the ministry must take place including a kingdom four-country consultation planned for this week.In addition, the ministry is preparing for an upcoming visit by St. Maarten’s Minister of Public Health, Social Development and Labour VSA Richard Panneflek. This way Camelia-Römer has the chance to prepare to transfer her pending work to an interim minister.Meanwhile, “Movementu Futuro Kòrsou” (MFK) has requested an urgent Parliament meeting on the latest political developments and plans to table a no-confidence motion against the Rhuggenaath cabinet. This was announced by Gilmar “Pik” Pisas, former interim prime minister and faction leader of the biggest opposition party.The parliamentary seat division is currently 10-10.

On Thursday, Alcalá-Wallé is to be installed as the 11th coalition member, but sources suggest not everyone in PAR’s faction wants to accept her.Meanwhile, Minister of Traffic, Transport and Spatial Planning VVRP Zita Jesus-Leito said it is not true that PAR had asked Alcala-Wallé to step down, nor would the party have ever thought of avoiding her return as minister.Earlier, Rhuggenaath suggested during a radio interview that he does not favour Alcala-Wallé becoming minister again. However, she has the right to take up her seat in Parliament.