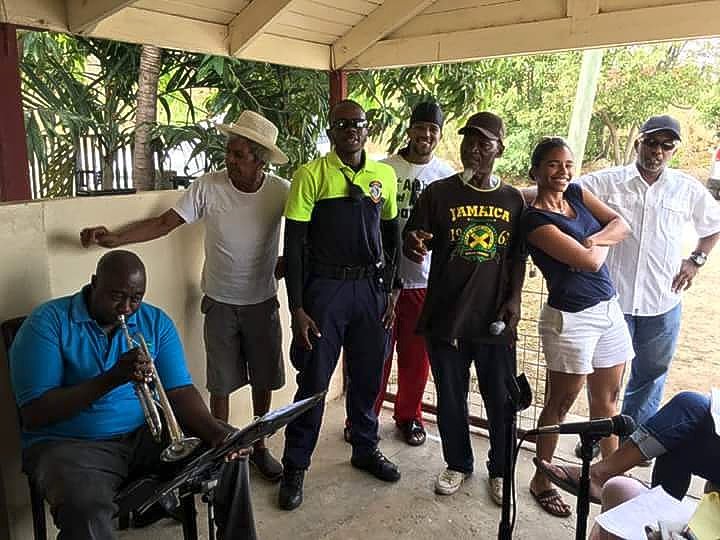 PHILIPSBURG–Calypsonians have been busy rehearsing for the upcoming NAGICO Calypso Eliminations under the tent at Princess Port de Plaisance Resort scheduled for Friday, March 31. During the rehearsal sessions on Saturday, the calypsonians took time to pull the numbers that determine the line-up of the competition.

Rehearsals continue this week at the home of the bandleader in Cole Bay, not at John Larmonie Centre as previously announced. D Orchestra is the band charged with providing the musical accompaniment for the calypsonians.

In the eliminations, each calypsonian will perform one song which will be judged on lyrical contents, presentation, rendition and melody. The songs must be original, never sung in previous competitions and released after May 2016.

The songs cover a number of different topics: utilities company GEBE, the dump, Government and other social and political issues. Organisers extend an invitation to everybody, particularly GEBE’s management, all Ministers and parliamentarians, civil servants and schoolteachers to attend the show to hear for themselves how the calypsonians and, by extension, the public feel about them and their performance.

Ten of these will be selected by the judges to move on to the finals on April 20 against the defending Monarch, Shakiya.

Entrance fee to the show is US $15 payable only at the gate.