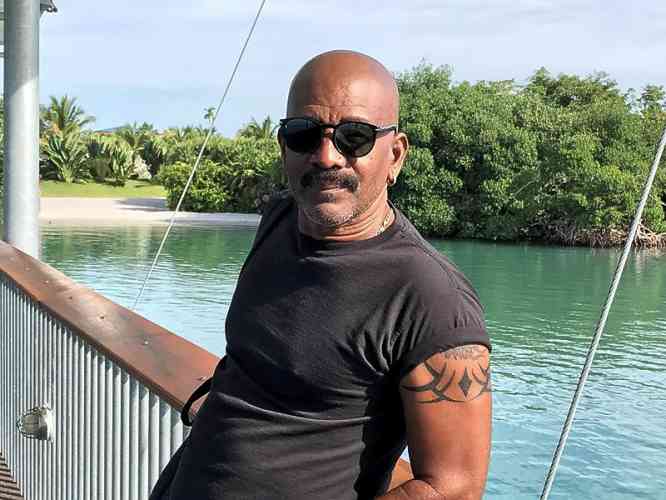 SABA–Calypso Sound Splash will take place at Princess Juliana Sports Field in The Bottom on Saturday, June 30. The show, organized by Morgan Entertainment Foundation, headed by Saba’s reigning Calypso King, Bob “The Man” Morgan, is not a competition but a display of local and regional Calypso talents.

Calypso Sound Splash includes six local artistes and three from the region. Lady Els is the Junior Calypso Queen who has been out of the scene for a while. Newcomers are Lady Sisla and Soca B, who will share the stage with veteran Singing Lorna.
“I have to take my hat off to Singing Lorna, who has been a consistent participant of the Calypso competitions, and her dedication to the art form is an example to all,” said Morgan.
Daddy Slim – the reigning Road March King, who is also a veteran, is also supporting the show. Veteran “The Man Bob” is no newcomer to the arena and has won the Calypso Competition on at least six occasions.
The show will be completed by performances of Junior Lion, Teapot, and Baker Junior, who are all from St. Maarten. DJ Zanderzone from Saba and DJ Lil R from St. Maarten will be the disc jockeys that night, rocking the house from 9:00pm.
According to Morgan, the word on social media is that the reason there is no Calypso competition during the 2018 Carnival celebrations in Saba is because such a show does not generate an income.
“Carnival without Calypso does not make much sense as Calypso opens the Carnival Parade traditionally,” Morgan stated. Calypso has been part of the Saba Carnival from the beginning, and according to Morgan, to use money to do away with the cultural part of Carnival is unfair.
“By doing away with part of our culture you are blocking the continuation of a tradition and are actually damaging your culture,” says Morgan. According to him, the excuse of shows of this nature not generating an income holds no ground as foreign bands come to Saba to play during Carnival and leave the island with the earnings, which are not spent on the island.
He questions why local bands and talents do not deserve to be paid but paying foreign bands is not questioned. “I hope this mindset will be eradicated as it looks like we are retiring from our own culture.
“I found it important to put a Calypso Show together as it is imperative that we pass the baton to the next generation and keep this art form alive. I also hope that people get to realize that it is unfair to complain about the gate charge when there are local artistes, while they do not mind paying airfare and higher prices to attend a show in St. Maarten. We still have high costs here in Saba and at the moment Calypso Sound Splash is not being sponsored by the big companies that normally sponsor such events.”
In conclusion, Morgan expressed hope that people would work towards preserving the local culture and not allow negativity to take over.
“We need an atmosphere of togetherness and not division. I am looking forward to a big turnout, for everyone to enjoy themselves, and show a big support for this local art form,” Morgan concluded.