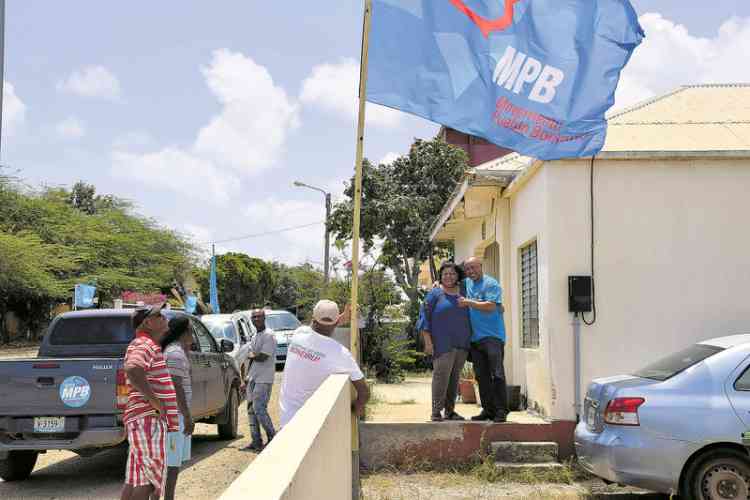 The biggest current opposition party’s blue colour dominated the scene in local streets, and they are hoping for an absolute majority with five of the nine seats. The “reds” of “Partido Demokratiko Boneriano” (PDB) led by Clark Abraham -seen here raising a campaign flagpole- still look strong despite losing stalwart Robbie Beukenboom, who is on the ballot with his own, new party “Frente Sosial Progresivo” (FSP). “Union Patriotiko Boneriano” (UPB) now led by James Kroon traditionally has considerable voter-support.