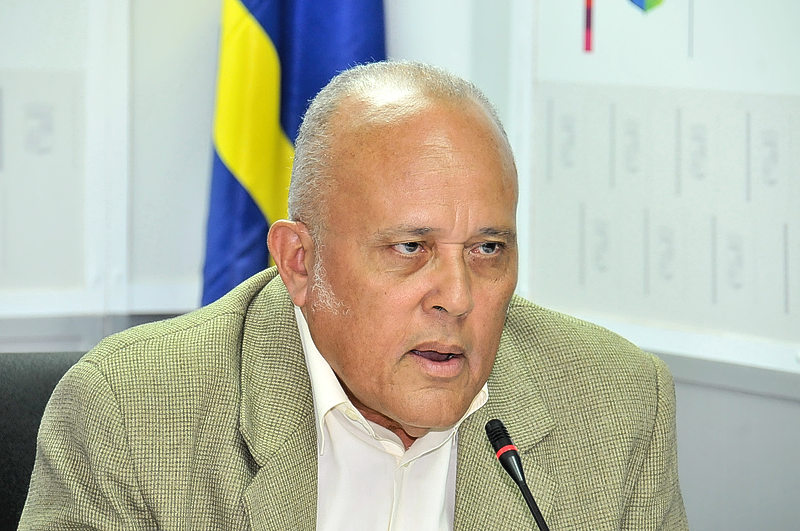 WILLEMSTAD–Curaçao’s Supreme Electoral Council (SEC) met to prepare for the snap elections called on April 28 by the Koeiman Cabinet before resigning due to a lack of majority support in Parliament.

“We already received a copy of the National Decree signed by Prime Minister Hensley Koeiman and Governor Lucille George-Wout indicating that on Friday, April 28, there will be elections for a new Parliament,” he said.

Römer added that they’ve already started with the whole process of organising an election. “We don’t have a lot of time but we can manage it.”

He hopes to soon be able to provide more information about the entire process. Parties that do not have current representation in Parliament will seek the required support of at least 792 voters based on the most recent election valid turnout for their candidate lists in the pre-election qualification round on March 19.

Römer stressed that the council can do this because there is already a script from past elections. All they need to do is follow it.

Meanwhile, MAN-fraction member Gassan Dannawi has demanded a change in the party’s leadership if he is to reappear on its list. He is unhappy with the course taken under political leader Koeiman.

Elections will offer a new chance for parties that did not earn a seat last year. PAIS, which dropped from four to zero seats, had not decided yet on its participation, said board chairman Fitzgerald “Jerry” Semper.

Former PAIS-fraction member Eugene Cleopa who abandoned the party after the election defeat says he will be on a list come April 28, but would not say of which party.

Antony Godett, who had indicated he would no longer lead the FOL party co-founded by his late father Wilson “Papa” Godett, now plans to take part. There could possibly be a combined list of FOL with others, he added.

PAS of former MAN-leader Charles Cooper is not sure yet. However, there are rumours that the new MFK-led majority wants him to head an interim Government (see related story) due to party leader Gerrit Schotte’s legal troubles.

The Democratic Party (DP) presented the island’s first all-female candidate list last year, but failed to earn a seat. Chairman Frank Gressman says this implies going back to basics, but they will participate in the election with a new political leader.