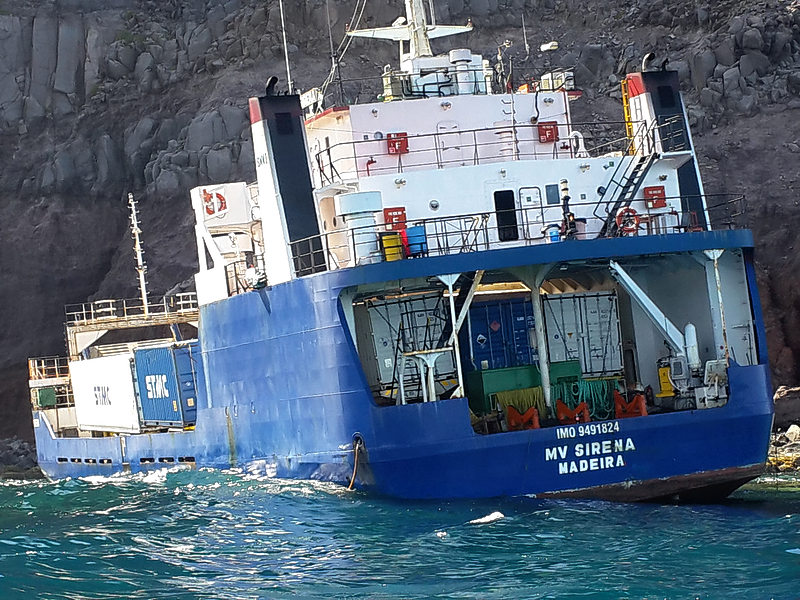 ST. EUSTATIUS–Inter-island cargo vessel MV Sirena ran aground on the northern coast of the island of St. Eustatius late Thursday, at approximately 11:50.   The vessel was sailing from the Port of Galisbay in French St. Martin and was heading to Martinique.

The vessel had general cargo on board in some 20 to 30 containers, as well as two vehicles, it was stated late Friday afternoon in a report issued by Statia’s Government Information Service (GIS).

“At the moment there is no indication of contamination from the vessel to the surrounding marine and land environment,” the statement read.

The ship’s owners, insurance company P&I and the authorities in Portugal have been notified. The Sirena sailed under the Portuguese flag as its home port is on Madeira.

Assessments are being carried out with regard to the vessel’s stability and the integrity of the hull.

The local authorities and Harbour Master, Shipping Inspectorate, Police, Immigration and Customs on Statia are following the developments closely, it was stated.