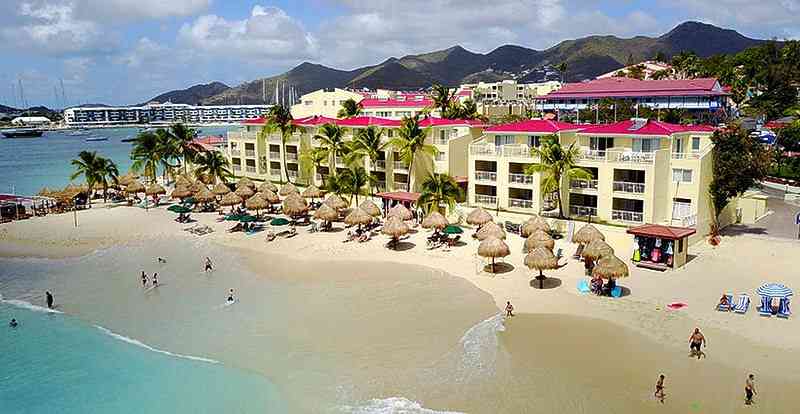 SIMPSON BAY–The fourth edition of the annual Caribbean Aviation CaribAvia Meetup Conference, which will take place at Simpson Bay Resort and Marina from today, Tuesday, June 11, to Thursday, June 13, will bring together a mixture of local, regional and international speakers.

Former conference speaker William Bohlke, President and Chief Pilot at Bohlke International Airways, St. Croix USVI, has described the upcoming CaribAvia as content-driven; whether on the policy side or the operator’s side of aviation, everyone learns from each other. The end result can be seen as a valuable transfer of knowledge to help create safer skies and stimulate air travel.

Minister of Tourism and Economic Affairs Stuart Johnson said on Monday that CaribAvia Meetup will bring together professionals from different aviation disciplines to discuss aviation matters that are also very important to the aviation sector and the tourism industry of the country.

The conference will have representatives from 24 countries and territories of North and Central America, Europe, Africa and the Caribbean in attendance. Some of the local speakers are Joao Gabriel Amado, President of the United Tour Operators Foundation and the Chief Executive Officer/founder of “Island-Sightseeing” brand in South Florida and the Caribbean as well as the “Iberian-Tours” brand in Lisbon, Portugal. He expanded his tourism operations to the Caribbean in 2012; after having surveyed most islands, he chose St. Maarten as hub.

Besides his business activities, Amado is lecturing on Entrepreneurship and Business Management at University of St. Martin.

He will be speaking about “Destination Tourism Product Development.”

Another local speaker is Damien Richardson on the topic: “Futuristic Regional Airport Design For A Profit-Making Concept.” Richardson is an architect and Chairman of the Social Economic Council of St. Maarten. He lectures on “Future of Technology in the Caribbean” at University of St. Martin, combining Caribbean Technology, Earth Studies and Space Studies.

Richardson is a graduate of TU Delft School of Architecture in the Netherlands with a Master of Science degree with honours in Architectural Design.

Another local speaker is Duncan van Heyningen, Manager of Air Traffic Services (ATS) Training and Development at Princess Juliana International Airport (PJIA) in St. Maarten. Duncan will be the guide of the Air Traffic Control Tower tours at the airport.

One of the most interesting subjects at CaribAvia Meetup will be United States Preclearance. Rebekah S. Bacon, Assistant Director of Border Security for the Office of Field Operations, Preclearance Field Office, and in charge of 16 Customs and Border Protection (CBP) port locations worldwide, will be delving into this topic, as PJIA is in the process of establishing a US Preclearance Facility.

CBP Preclearance inspected more than 21.6 million travellers in fiscal year 2018 representing more than 15 per cent of all travellers destined to the United States via commercial air, rail and sea travel. The Preclearance Field Office deploys more than 600 CBP officers and Agriculture Specialists to 15 international airport locations and one passenger-ferry location in Aruba, Bermuda, the Bahamas, Canada, Ireland and United Arab Emirates.

“The Ministry of Tourism, Economic Affairs, Transport and Telecommunications along with its operating arm, the St. Maarten Tourism Bureau, have left no stone unturned with respect to the redevelopment of the country’s tourism product post-[Hurricane – Ed.] Irma.

“We have been actively engaging stakeholders from all sectors to positively reboot our economy and much has been accomplished over the past 20 months and there is still much to do,” stated Johnson. “Engaging aviation stakeholders from across the world at CaribAvia is another important avenue of developing aviation resilience, as air transportation is key to the economy of our country.

“I look forward to the productive sessions by local, regional and international aviation professionals at the Meetup.” 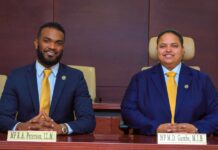