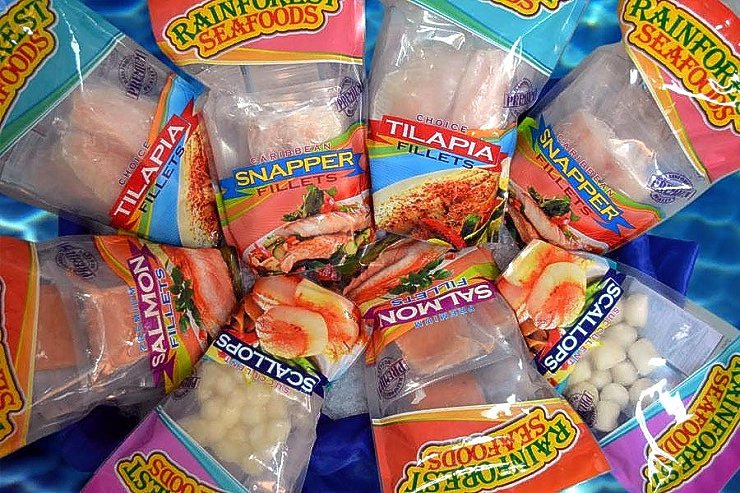 BELMOPAN, Belize–Caribbean economies are poised to benefit from a region-wide initiative to expand seafood market share, through the implementation of food safety measures to enable countries to get a bigger piece of the global pie, worth an estimated US $130 billion annually.

Caribbean countries, including the Bahamas, Belize, Grenada, Guyana, Jamaica, Suriname, and Trinidad and Tobago, are now capitalising on a coordinated approach to broaden the gateway to the growing market. CARIFORUM (the Caribbean Community Caricom and the Dominican Republic) now exports about US $400 million worth of fish and seafood annually.

Belize and Jamaica are two Caribbean seafood exporters already tapping into markets controlled by the European Union (EU) – a tough market to access because of stringent standards that require countries have systems in place to ensure that their exports are not only safe for consumption but also free from harmful pests and pathogens.

In the case of Belize, which has traditionally exported shrimp to the EU, it is moving to export conch to that market for the first time, according to Endhir Sosa, senior food safety inspector, Belize.

Sosa was among the 18 professionals from CARIFORUM who recently received management training on sanitary and phytosanitary measures (SPS) in Iceland. The training was offered under the capacity-building component of an EU-sponsored project to implement SPS Measures under the 10th European Development Fund (EDF) regime. The Inter-American Institute for Cooperation on Agriculture (IICA) and the Caribbean Regional Fisheries Mechanism (CRFM) are collaborating to implement the fisheries component of the project.

Sosa broke down the meaning of this very technical term, which could just as well be the acronym for “safe and profitable seafood.”

“In a nutshell, it’s just a series of procedures, of guidelines, of requirements, that one needs to implement to basically prove that what they are producing is safe,” the food safety expert commented.

“Confidence is what is key! It is what everybody seeks when it comes to the purchase and consumption of food products,” he said, adding, “SPS is one of those routes where you can establish that confidence in your product.”

Sosa noted, “Once you have an established SPS system in place and it is vetted and it’s shown to be functional, that will open markets locally, regionally and internationally.”

This has been the case for Belize.

“When BAHA [the Belize Agricultural Health Authority – Ed.] first started in 2000, you could count the number of countries we were exporting to on your hand. It wasn’t more than five to seven. Today, thanks to SPS, thanks to the confidence that our SPS programme has put into our products, not only fish, the markets have increased almost three-fold. Now we have a little over 30 markets,” Sosa said.

Chairman of the Caribbean Fisheries Forum Denzil Roberts, who is also the chief fisheries officer in Guyana, noted: “The fisheries sector within the CARIFORUM region continues to play an important role in rural development, food and nutrition security, income generation and foreign exchange earnings. However, it must be recognised that there is a paucity of skilled personnel within the region to further develop the sector in keeping with the emerging challenges.”

The intensive two-week training course recently held in Iceland served to help fill this knowledge gap in the Caribbean.

She added, “At the close of the course, participants reflected on and also documented how they would apply what they had learned to improve fisheries SPS management in their home countries.”

Jeannette Mateo, director of fisheries resources at the Dominican Republic Council for Fisheries and Aquaculture CODOPESCA, suggested that nationals in her country, such as biologists, inspectors, fisheries officers and consumer protection agents, should be trained in basic concepts of SPS.

For his part, Roberts hopes that the trainees will immediately begin to impart what they have learned to others in their national networks. Roberts furthermore hopes that trainees will implement internationally recognised safety standards for seafood, thereby safeguarding the health of the local population while ensuring market access to meet global market demands.

Singh-Renton said that the CRFM will also strive to do its part to provide follow-up regional support for improved SPS management for the region’s fishing industries, including facilitating continued networking among the course participants.

“One of the more frequent but often overlooked problems within the Caribbean is food fraud and mislabelling,” noted Dr. Wintorph Marsden, senior veterinary officer in Jamaica’s Ministry of Industry, Commerce, Agriculture and Fisheries.

Marsden said that Jamaica is considered a major trans-shipment hub for fish and fishery products to the wider Caribbean region, and so the burden is on Jamaica, as a first point of entry, to implement a system of verification of products entering its food chain.

To combat food fraud, it is an absolute necessity to introduce traceability, said Marsden. This can now be done electronically, with modern systems of recording, such as the use barcodes, radio-frequency identification (RFID) tags and other tracking media within the production chain.

In the Dominican Republic, Mateo’s job is to review all the supporting documentation for seafood imports and exports.

She observed, though, “Some of these documents might have statements to make the consumers believe that they are getting a high-quality product while they are actually getting products with less quality and deliberate mislabelling.”

An example, she said, is fish from the genus Pangasius, a catfish primarily sourced from the Asian market, which is being sold cheaply in the region and marketed at times as “grouper” – not only at supermarkets but also at some restaurants.

“While in Iceland, I learned that deliberate mislabelling of food, the substitution of products with cheaper alternatives, and false statements about the origin of foods, are all food fraud,” Mateo said.

“This is relevant to the Dominican Republic and the Caribbean, where imported fish are in some cases marketed at lower prices than the local ones, not only due to the lower production cost of fish products such as tilapia and Pangasius (catfish – sold as ‘basa’ or ‘swai’) in comparison with those produced in the country, but also because of unfair practices in trade,” Mateo said.

She said that as a result of the Iceland training, the Dominican Republic is now in the final stage of building an improved national SPS system for fishery and aquaculture products which was initiated with the support of the Government of Chile.

Whereas the move to implement SPS measures was originally focused on export trade, regional experts also indicate that they are vital to food safety and health even within the region.

“We have been mandated with the task of being the gatekeepers when it comes to food safety and agricultural health and we take that responsibility very seriously. Sometimes the public will get angry with us, because they truly don’t understand why we are doing this. ‘Why can’t I bring this across the border?’ But the realisation is that if a disease [is introduced – Ed.], it could potentially destroy an entire industry – whether it be, for example, bringing across poultry with avian influenza, or bringing in diseased shrimp – it could wipe out an entire multi-million-dollar industry,” Sosa warned.

Sosa noted that SPS measures were initially geared towards industrial markets but now they are encouraging small producers to position themselves for export by implementing SPS measures.

“They might not have the finance to construct an elaborate facility, but we can start with the basics,” said Sosa, pointing to “good manufacturing practices and the sanitation standard operating procedures,” which, he said, would build confidence in products from even small producers.

More importantly, he said, implementing SPS measures is the first step that producers will need to make to even think about trading on the world market. ~ Curaçao Chronicle ~