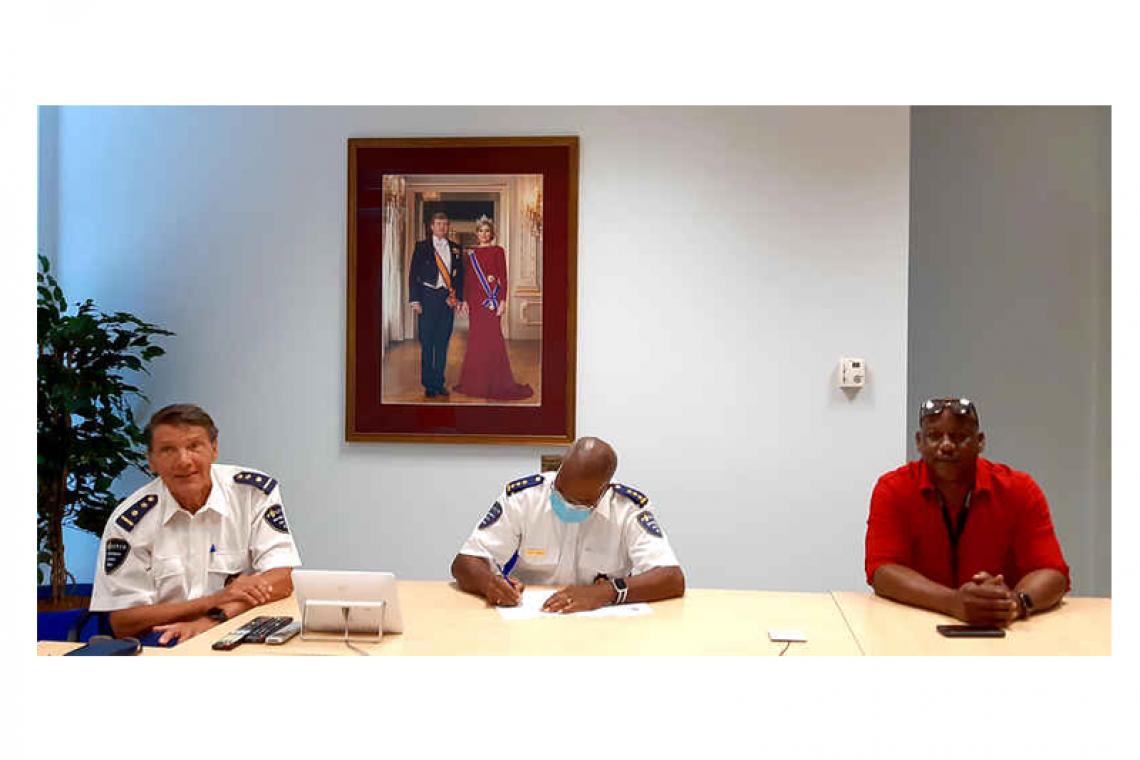 CARIBBEAN NETHERLANDS–Bonaire, St. Eustatius and Saba now have direct contact with the International Criminal Police Organisation INTERPOL headquarters in Lyon, France, and police colleagues almost all over the world via the INTERPOL connections, thanks to an agreement signed on April 12.

The signing is a major step in international cooperation for the Dutch Caribbean Police Force KPCN, together with Police Netherlands and INTERPOL.

The agreement will enable KPCN police colleagues to consult and feed the INTERPOL databases themselves and to exchange information worldwide in a secure manner.

INTERPOL is a worldwide organisation to which 194 member states are affiliated. Each member state has a National Central Bureau (NCB). The NCBs maintain communication with the head office and the other NCBs and are the single point of contact for all enforcement services. In the Netherlands, this is NCB The Hague, which is set up at the National International Legal Aid Centre LIRC.

Deputy Chief of Police Ronald Zwarter and Melvin Sint Jago as head of the KPCN Information Department worked on the actual realisation in coordination with INTERPOL NCB The Hague.

“The Dutch Caribbean islands did not yet have a direct connection with the data from INTERPOL. This prevented us from conducting ‘direct searches for persons’,” Sint Jago said. “We were sometimes dependent on many external parties for our international information about criminals. By establishing our own sub-NCB, an intermediate link has been removed from this process, which of course promotes speed and thus improves international investigation.”

“With this INTERPOL connection, we can identify criminals, terrorists and other unwanted persons or criminal groups more quickly and tackle them more effectively, making both the Caribbean part of the Kingdom and the European Netherlands even safer,” said KPCN Chief of Police Jose Rosales.

Specially trained intel colleagues from the Dutch Caribbean Police Force will set to work within the sub-NCB. They form the link between INTERPOL, NCB The Hague and the enforcement services on the Dutch Caribbean islands Bonaire, St. Eustatius and Saba. The ambition for the future is to extend the access with INTERPOL to the border posts of the Caribbean Netherlands, so that the Royal Netherlands Marechaussee can also query incoming and outgoing travellers against the INTERPOL databases.