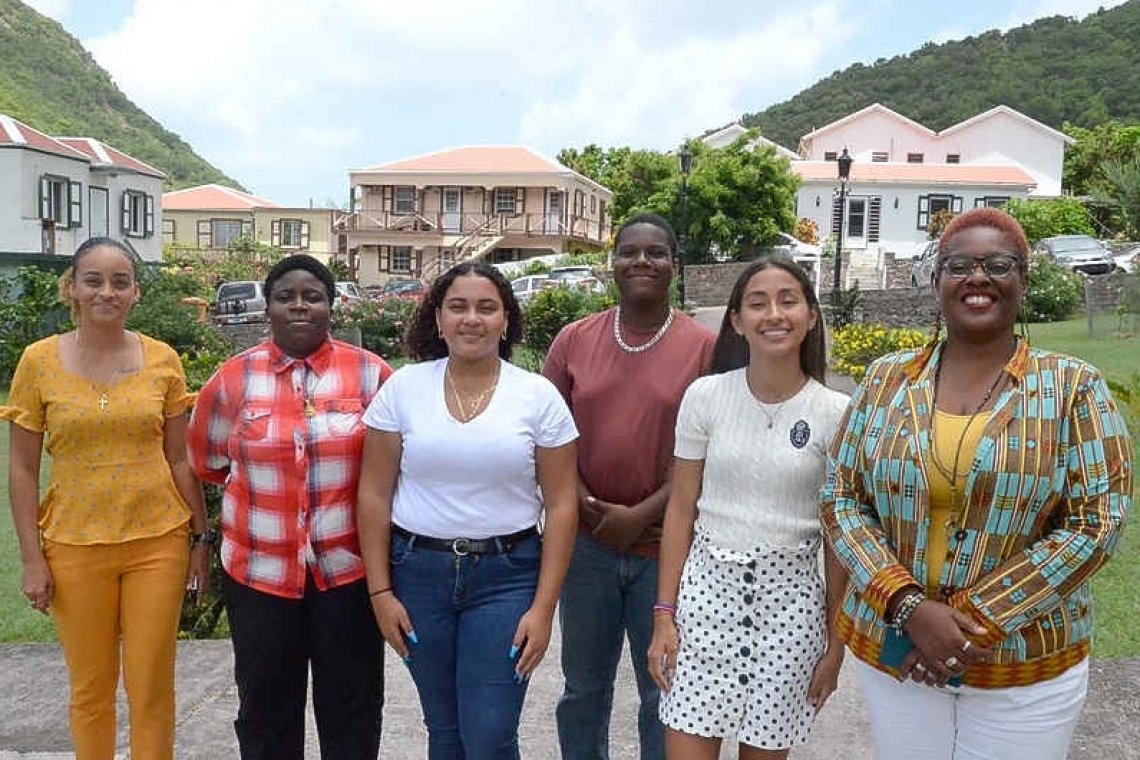 SABA/ST. EUSTATIUS–United Nations Children’s Fund UNICEF launched the project “My New World” in Bonaire, St. Eustatius and Saba under which dozens of adolescents have given thought to the question what their ideal world should look like after the COVID-19 crisis.

Their answers to this question have been incorporated in advice given to the local authorities and the Dutch government.In close coordination with the secondary schools in the Caribbean Netherlands, a number of participants were selected to participate in focus groups in which they brainstormed and worked on their advice.Young people ages 13-18 years expressed their opinions on topics that affect them. Themes that came up in Statia were, for example, the need for faster Internet and better healthcare so that Queen Beatrix Medical Centre is prepared to treat patients in the event of a surge in coronavirus cases.Saba students emphasised the need for better youth representation, affordable school supplies and a less restrictive lockdown in the event of a future corona outbreak, among other points.In Statia and Saba, UNICEF works with local educators Urisha Blake and Lysanne Charles, respectively, who facilitated the focus groups and supported the students with formulating their advice.

“The children were pleasantly surprised that they were asked to think along and proved to be very involved during the discussions. They were also very delighted to know that their peers in Bonaire and Saba were also participating. We have built a bridge with this My New World project,” said Blake about Statia’s My New World participants.“It was thoroughly encouraging, though not surprising, to hear how deeply the young people of Saba went with their thoughts about what they would like their world to look like post-COVID-19 and how strong they were in their opinions about what was best for them and for their island Saba,” coordinator Charles said.

My New World is aimed at young people from all walks of life. In Statia, the focus group consisted of eight Gwendoline van Putten Secondary School students. In Saba, eight Saba Comprehensive School students gave their advice. Approximately 22 adolescents from the Scholengemeenschap Bonaire (SGB) participated in the focus group sessions.The recommendations of the focus groups were presented in the form of a survey to larger groups of students within the schools so that they could indicate what they agreed or disagreed with.“I think this was a good experience, because it happens too often that people forget about our opinions. It is like ‘if you cannot vote you do not have a say,’ but now we do have a say and I hope we keep having one,” said Ishn Courtar (14) from Statia.“I found this experience great. I was able to voice my opinion and I feel heard,” said 16-year-old Vernisha Robinson from Saba.The children’s advice has been compiled and will be officially handed over to Government Commissioner of St. Eustatius Marnix van Rij and Commissioner Bruce Zagers and Island Secretary Tim Muller in Saba on September 10, the day the advice will also be shared with State Secretary of Home Affairs and Kingdom Relations BZK Raymond Knops in The Hague.

The advice from Bonaire, Saba and Statia will be added to the advice from the youth in the Netherlands who also worked on this My New World project. Their advice will be handed over to Minister of Public Health, Welfare and Sports VWS Hugo de Jonge.The participating youngsters from the Caribbean Netherlands will discuss their advice with their local governments and with Knops via a live video connection in November. The youngsters will prepare for these conversations by participating in debate and lobby trainings and debate practice sessions with their peers from the other islands.

The My New World project is part of the UNICEF Caribbean Netherlands Children’s Rights Programme, funded by the BZK Ministry. With this project, UNICEF emphasises the importance of enabling children to participate.“UNICEF believes it is important that children are given opportunities to participate in decision-making processes and that they are prepared to think critically and express their opinions,” said UNICEF Caribbean Netherlands project leader La-Toya Charles.