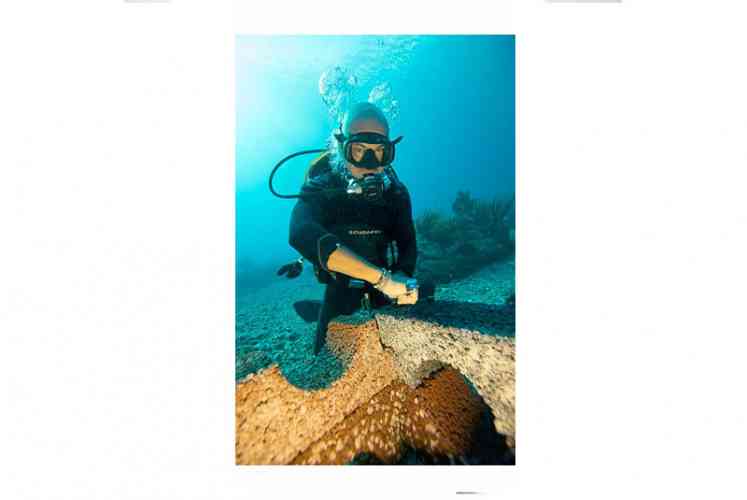 COLE BAY–Intelligent reefs powered by nature have been installed at three sites in St. Maarten in a continuing effort to restore biodiverse marine habitats devastated by Hurricanes Irma and Maria.

Scientists, filmmakers, photographers, creatives, and leaders of the eco-tourism industry assisted Nature Foundation with its mission to restore the island’s coral reefs significantly impacted by the passage of the 2017 hurricanes by installing IntelliReefs, a substrate that assembles like Lego to foster the growth and development of coral offspring able to survive extreme weather and changes in water chemistry.

This initiative launches the Plant a Million Coral campaign that will see one million corals planted throughout the Caribbean basin by 2025.

One of the first organisms to be impacted by climate change in a visibly drastic way is coral. It is the “canary in the coal mine” when it comes to the health of the oceans, and since the 1970s and 1980s, Caribbean coral reefs have been significantly impacted by climate change, overfishing and unrestrained coastal development. Their health is in dramatic decline, and this test project is a way to reverse this alarming trend.

“Most of us don’t see how dramatic this is; bright, colourful ecosystems teeming with life that are disappearing at a rapid rate,” said David Vaughan, a world-renowned coral reef scientist and one of the pioneers of coral reef restoration techniques. “If we could all see it, we would realise how critical it is that we take action now.”

St. Maarten has lost 80 per cent of its coral due to the impacts of hurricanes, bleaching and disease. The remaining corals are now less resistant to both human and natural threats. The ecosystem needs assistance to regain its resiliency.

“The good news out of all of this is that we can take action, and we are,” said Vaughan.

Vaughan is the President and founder of Plant A Million Corals and a marine scientist directly responsible for developing “micro-fragmentation” technology and implementation of coral “refusion” techniques. He has grown and out-planted more than 40,000 corals, has 40,000 ready to go and more than 100,000 in process for 2019. The depth of his coral restoration expertise cannot be overstated.

He is a leading expert on coral restoration and will be overseeing the scientific aspect of the project in St. Maarten.

IntelliReefs, developed by the Reef Life Restoration, were deployed at three sites last week: The Bridge, the Man of War Shoal Marine Protected Area and just off the landing of the Pelican Peak Zipline in Pointe Blanche, currently under construction by Sea to Sky Ventures.

Along with Vaughan and Reef Life Restoration, Plant a Million Coral has significant support from Sea to Sky Ventures, the Pelican Peak developers, as well as international support from SeaLegacy, an ocean conservation organisation founded by National Geographic photographers Cristina Mittermeier and Paul Nicklen. SeaLegacy is a distinguished group of world-renowned photographers and filmmakers with a combined audience of more than 6.3 million people.

The economy of St. Maarten relies heavily on tourism, and this restoration project is important not only to the ecosystem but the St. Maarten’s ability to rebuild and be resilient to future threats.

“When we were approached about the possibility of both launching Plant a Million Coral on St. Maarten and using a new, innovative tool to potentially enhance our coral reef ecosystem using IntelliReefs, we jumped at the opportunity,” said Nature Foundation Managing Director Tadzio Bervoets.

“After having lost so many of our healthy coral since Hurricanes Irma and Maria, we have been struggling to support the ecosystem and, in turn, ensure the various benefits that ecosystem gives to the community continue.

“Now, with the help of Sea to Sky Ventures, SeaLegacy, Reef Life Restoration, Vaughan and the highly skilled volunteers from the Global Solutions Development dive team who did the installation, we stand an excellent chance of giving our coral reef ecosystem the boost it needs to fulfil the critical role it plays for our environment and our economy.”

IntelliReefs are marine biodiversity habitats made with Oceanite, a 70-per-cent-mineral compound that assembles like architectural “LEGO” units. Each unit can be outfitted with a combination of growth formulations, custom surface topography, and other species-specific features such as farmed coral attachment holes or spawning beds. IntelliReefs are not artificial reefs. They are an intelligent evolution inspired and powered by nature.

The St. Maarten Nature Foundation team will be monitoring the performance of the IntelliReef system over the next year for its coral growth and habitat functionality. Vaughan will be back on the island within the next few months to measure the development and coral growth of the system.