Home Local News Carnival 2017 promises to be bigger and better 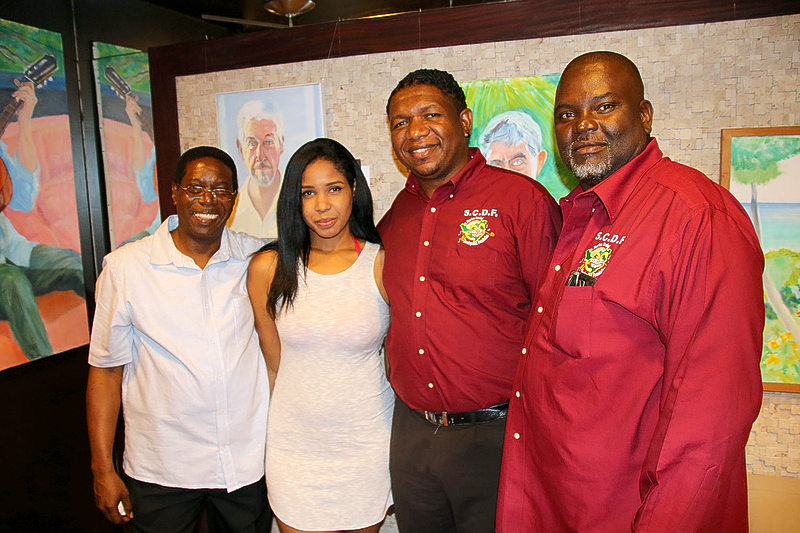 PHILIPSBURG–It is never too early to announce plans for the islands’ biggest event. St. Maarten Carnival Development Foundation (SCDF) hosted a press conference on Saturday to announce what can be expected for next year’s Carnival celebrations.

The Carnival announcement launch took place at Sheer Restaurant with board members, promoters and Carnival stakeholders present. SCDF President Alston Lourens said the celebration would consist of 30 days next year, including pre-Carnival events outside the Carnival Village.

“There will be six jump-ups and four parades and we plan to stick to the format from last year where the Junior Parade is concerned,” Lourens said.

TelEm Group of Companies will continue to be the main sponsor for Carnival. A new addition to companies that are title sponsors is Maduro Travel, which has been named Carnival’s official travel agency. “Maduro Travel will put together packages for visitors who would like to experience our festival,” said Lourens. He thanked the management for coming on board as one of the sponsors.

Winner of this year’s competition “Da Big Bad XP Band” was represented by Dwayne York, who thanked SCDF for supporting local bands. “Next year XP Band will be back and defend our tittle,” said York.

Raw Promotions Foundation is charged with organizing the 2017 NAGICO Calypso Competition. Foundation President Fernando Clark was also present and spoke about the organisation’s website, which has information about all calypso artistes performing in 2017.

Raw Promotions also announced during the press conference that it will be establishing a “Hall of Fame” for persons who have contributed one way or another to the calypso art form. Music from 1973 to today will also be showcased on the website, which will be launched soon, according to Clark.

Posh Productions was represented at the launch and announced some plans for next year’s pageant season. More than 20 young women have already shown interest in taking part in the events. Posh will host two nights in the Carnival Village and other events outside the Village, according to the representative.

SCDF also outsourced popular youth show Youth Extravaganza to youth organisation Laugh Out Loud (LOL) Productions headed by Johamny Alcala. LOL has been organizing youth shows for 15 years and was honoured to be the host of next year’s show. More information about that event will be released at a later date.

LOL took the opportunity to thank SCDF for allowing it to host the event and said it hoped to make the event a huge success. LOL is encouraging youngsters to send one-minute videos showcasing their talents to Laugh Out Loud Facebook page before November 25.

Lourens also made special mention of sponsor Scotiabank, which has agreed to support the printing of the Carnival calendar for next year. The launch of the calendar will take place before the end of the year, he said.

SCDF plans to host four nights in the village next year: One Love Reggae night 2, DJ Spinoff, Latin Night and a Culture night which also features the popular booth-holders’ cook-out.

Government funding remains an obstacle for SCDF, but it remains open to discuss Carnival with the incoming Government, according to Lourens.