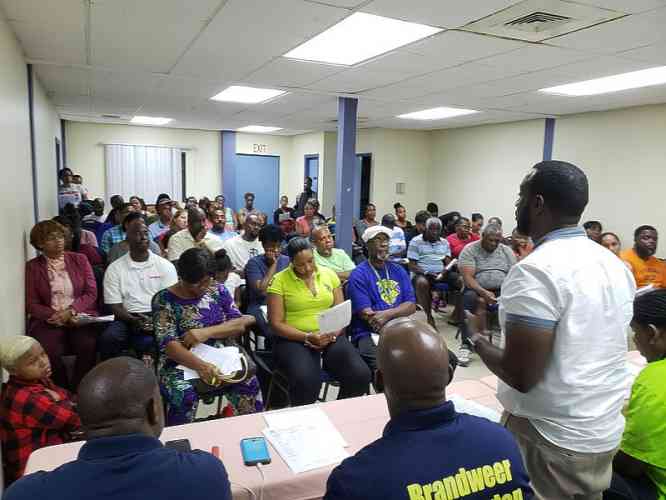 Booth holders have already met twice with SCDF and other groups such as the Fire Department and Carnival Village cleaners, in preparation for Carnival 2019.

POND ISLAND–Selected booth-holders for Carnival 2019 were reminded on Sunday that the full payment for the booths they have been allotted is due on or before Friday, March 1. St. Maarten Carnival Development Foundation (SCDF) stressed that failure to meet this deadline could result in the booth being allotted to someone else on SCDF’s waiting list.

Persons were selected to operate a booth some eight months ago. SCDF gave these persons all of that time to pay whatever amounts they want monthly, as long as full payment was made by March 1, 2019. Two well-attended booth-holder meetings have already been held where this information was reiterated.

“The booths were the first aspect of Carnival 2019 that we tackled back in July 2018. We opened registration in May 2018 and made the selections soon thereafter. We believe that early preparation results in better planning and execution. Persons selected to operate a booth should adhere to the deadline to avoid any unfortunate circumstances,” SCDF President Alston Lourens said.

He added that there “are literally hundreds of people” hoping for an opportunity to operate a Carnival booth in Carnival Village.

“We give many people many chances to do so, but there comes a point when we have to move forward and finalise preparations in the Village. If persons for one reason or the other cannot make stipulated deadlines, then we will have to turn to others to operate the booths. Obviously, we would prefer not to go this route, but Carnival Village must be ready. So, we urge selected booth-holders to adhere to the March 1 deadline, or before,” he said.