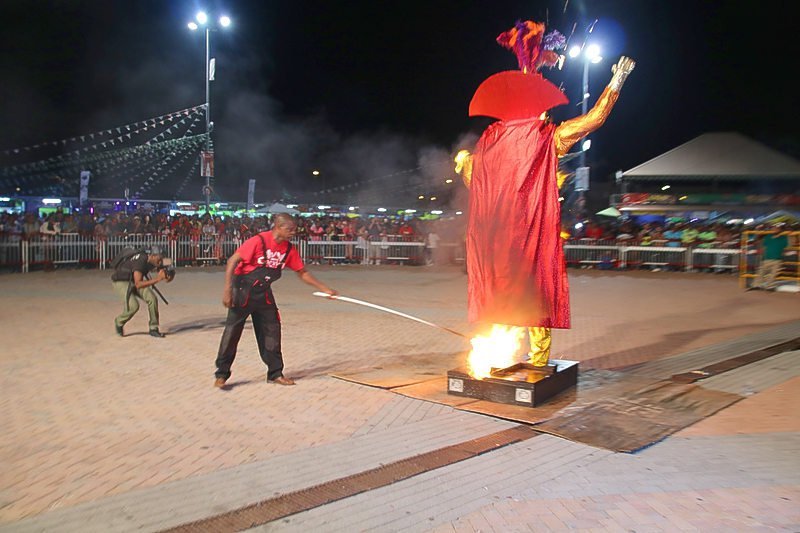 On arrival at the Village, SCDF President Mike Granger thanked Carnival-lovers for making this year’s Carnival a success. Marketing Director Rolando Brison and TelEm Group of Companies representatives called out the winners of the various promotions the company had launched prior to Carnival. Prizes included a brand new vehicle.

Granger announced Sexy Cats as the winners of the Jouvert Morning Jump-Up competition and No Limit band as Band of the Year.

Brian Mingo of TelEm Group said this Carnival was the best in years and appreciated the opportunity for the company to be the main sponsor for Carnival this year.

The closing speeches ended and King Momo was roasted to close the Carnival season.