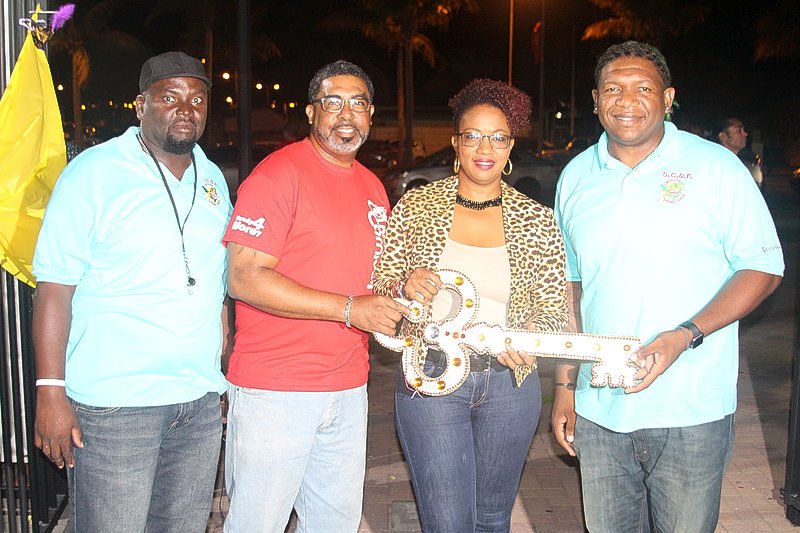 Minister Jacobs continued her call for a safe Carnival season and called on parents to play close attention to their children during the season.
The night started with the annual Opening Jump-Up from in front of Milton Peters College in South Reward to Carnival Village.
Bands TG Band, No Limit, Mixmaster Pauly, DJ Tools and Lock and Loaded Sound were the trucks on the road for the Jump-Up.
Lourens thanked revellers for supporting Carnival and called on continued support from all to make this year’s Carnival one to remember.