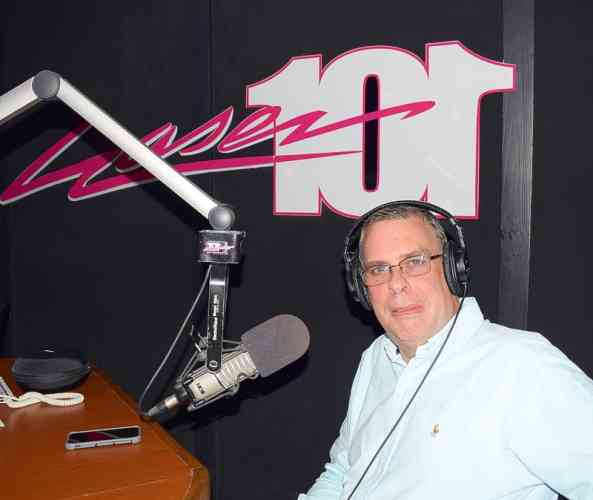 PHILIPSBURG–Co-shareholder of Philipsburg Broadcasting Network Glen Carty of the Laser 101 Storm Watch Team will be receiving an outstanding achievement award from the National Hurricane Centre during this year’s National Hurricane Conference to be held in Orlando, Florida, from March 26 to 29.

Carty will receive the award in recognition of his outstanding and dedicated work before, during and after Hurricane Irma devastated St. Maarten/St. Martin and neighbouring islands on September 6, 2017. Following the hurricane Carty’s information and voice of reason together with his team was heard the world over, it was stated in a press release.
The National Hurricane Conference is an annual event. The primary goal of the Conference is to improve hurricane preparedness, response, recovery and mitigation in order to save lives and property in the United States and the tropical islands of the Caribbean and Pacific. In addition, the Conference serves as a national forum for federal, state and local officials to exchange ideas and recommend new policies to improve Emergency Management.
The Philipsburg Broadcasting Network consists of four radio stations: Laser 101, Oasis 96.3, Mix 94.7 and Tropixx 105.5.

Carty formed the Laser 101 Storm Watch Team after the passing of Hurricane Luis in 1995. “Laser 101 played a tremendous role before, during and after Hurricane Luis together with the staff of all radio stations on the island whereby 101.1 was dubbed the emergency radio station,” the release said.

Laser 101 was then also honoured with a special National Association of Broadcasters (NAB) International Broadcasting Award for Exceptional Public Service following the devastation inflicted by Hurricanes Luis and Marilyn. “Laser 101’s performance under the most adversarial conditions provided an extremely valuable public service to the residents of St. Maarten. Their experience reminds us all of the vital role broadcasters serve during times of crises,” former NAB President and CEO Eddie Fritts said in 1996.

Laser 101 has become known both locally and internationally for its broadcasting of weather and general information during all hurricanes that have affected St. Maarten and the neighbouring islands.