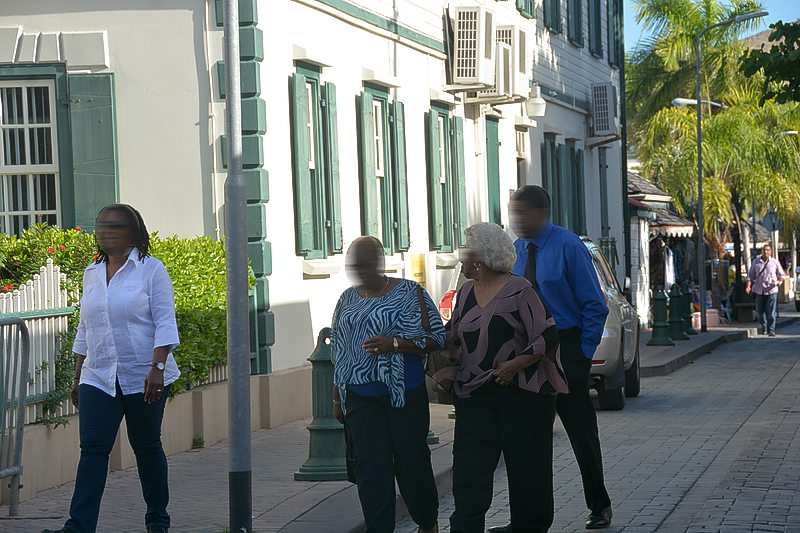 PHILIPSBURG–The trial in the so-called “Papegaai” case involving exploitation of women, human trafficking and deprivation of liberty at Casa Blanca brothel in Oyster Pond will be taking place on March 14, the Judge in the Court of First Instance decided during a brief hearing on Wednesday.

The trial against five suspects and company Casa Blanca N.V. was initially set for Wednesday but was postponed on the request of defence lawyer Shaira Bommel. She informed the Court that she was not prepared to deal with the contents of the cases against her clients because she was under the assumption that one witness still had to be heard by an Investigating Judge.

The Judge, however, stated that numerous efforts were made to hear this witness, who is a former female worker at Casa Blanca. Despite all efforts, however, she could not be retrieved for additional questioning. A recent attempt to hear the woman, who is not residing in St. Maarten, by video-conferencing also proved futile. In order to not delay the case even more, the Judge rejected the latest request for questioning of this witness.

Three suspects are also facing illegal fire weapon charges as seven firearms were found during searches. The adult entertainment centre was charged with tax fraud and with filing false income tax forms at the Tax Office.

The Casa Blanca owner and three of the establishment’s managers were arrested on November 16, 2015, on suspicion of human trafficking.

Some 35 women accused Casa Blanca’s management of abuse and keeping them against their will while employed at the brothel. In their statements some of the women said they were forced to work during their menstrual cycles and were abused by management.

Prosecutor Maarten Noordzij said during a previous hearing that witnesses had testified extensively about the deprivation of their liberty, a fine system, debts of up to US $3,000 because of unreasonable cost which they had to pay off by having sex with customers against a $50 fee, threats of violence, extortion, misleading, exploitation and human trafficking.

All suspects were present for Wednesday’s hearing, except for M.J.P. who could not attend for medical reasons, her lawyer Jairo Bloem informed the Court.